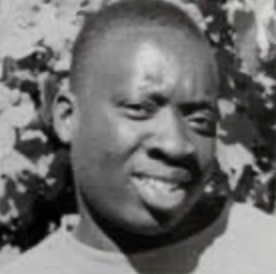 Royal Katiyo was born in March 1972 in Murehwa in eastern Zimbabwe. He started sculpturing as a schoolboy, where established artist Luke Mugavazi spotted his potential. Shortly after Royal became Luke’s apprentice. After a few years, Royal left the Mugavazi family to work with Anderson Mukomberanwa, son of the inspirational Nicholas Mukomberanwa and an established artist in his own right. Royal continued to develop his style as a sculptor and absorb artistic inspiration. He made his name internationally with his lovely sculptures of quails. He achieves the stippling effect for the feathers using a chasing hammer, which has little teeth to strike the stone with perfect precision over and over, almost like sculpture pointillism. Sanding the stone smooth and then applying a clear wax achieves the contrasting finish of the eyes and beaks.

In 1996, Royal was selected to join the prestigious Chapungu Sculpture Park as a Resident Artist. He has remained a member ever since and is currently their Invited Artist. He has represented Chapungu at various international exhibitions and workshops including Artist In Residence, Denver Botanic Gardens, USA (2004), RHS Wisley, Surrey, UK (2003) “Custom and Culture: A Legend in Stone”, Kew Gardens, London, UK (2000). His work has also been included in various prestigious exhibitions at the National Gallery Zimbabwe.