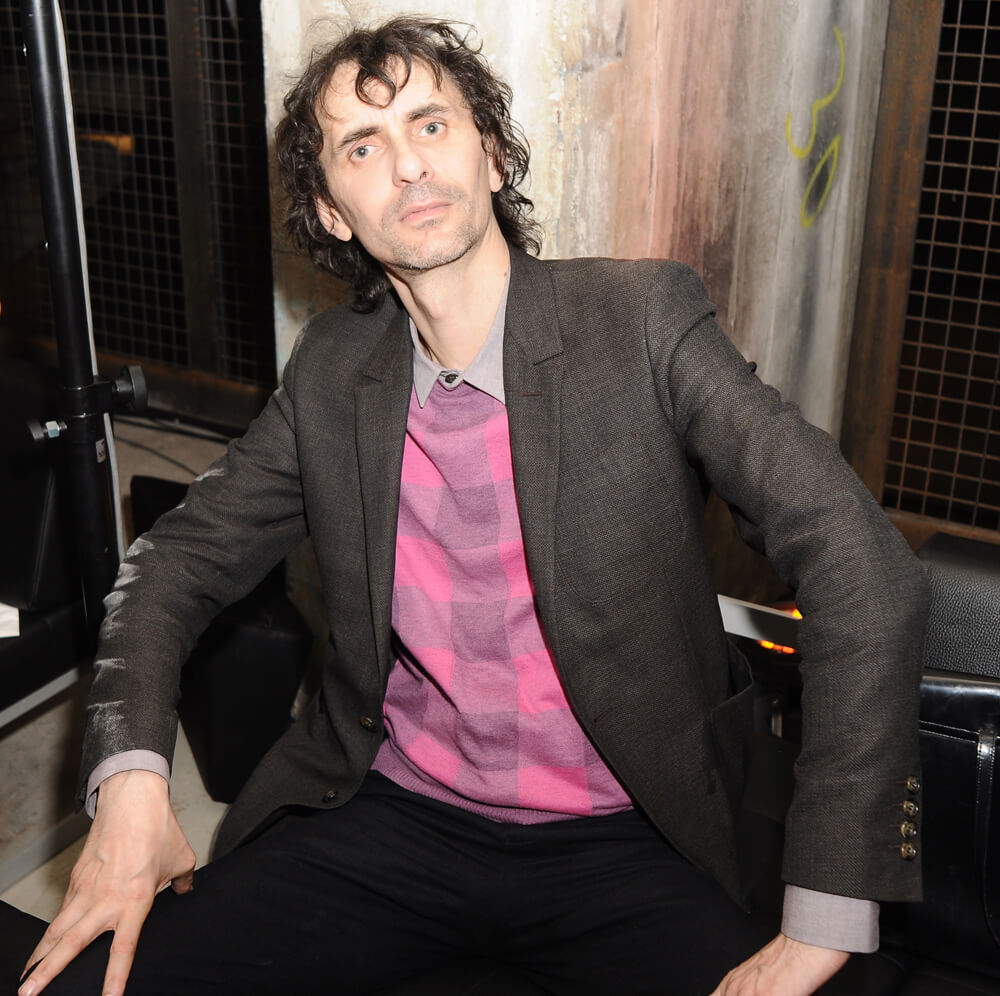 Saâdane Afif graduated from the School of Fine Arts in Bourges and later received his 1998 postgraduate degree from the School of Fine Arts in Nantesat (École des Beaux Arts). In 2001, he was in residence at the “Villa Arson” International Art School of Nice (France); in 2002, he was in residence at the Villa Médicis in Glasgow (Scotland). In 2003, he moved to Berlin, where he currently lives and works. Afif’s work has been exhibited at many venues, including the Museum Folkwang (Essen, Germany) in 2004. In 2006, he was awarded the International Prize for Contemporary Art of the Fondation Prince Pierre de Monaco at the Centre Pompidou in Paris. In 2009, he received the Marcel Duchamp Prize; as a result of winning this prize, he presented his artwork in the exhibition “Anthology of black humour” at Space 315, Centre Pompidou, Paris from September 2010 until January 2011. In 2011, he was the 46th most influential person in the French art world, according to the March issue of Eye Magazine. Saâdane Afif lives and works in Berlin.
Defined as ‘post-conceptual’, Saâdane Afif’s work focuses on interpretation, exchange and circulation. He works in various media (performance, objects, sculptures, text, posters and works in neon). The complex procedures he uses are not categorised under any specific discipline. All of his works are subject to a continuous process of alteration. He integrates elements of art history, music, poetry and dance into his work, sometimes inviting authors to write texts based on existing artworks for other artists to set to music or use in drama. Afif himself refuses to appear in public, preferring to direct from afar.
In 2008, Afif began a project entitled the Fountain Archive. This currently contains about 500 images of Duchamp’s porcelain urinal. In this project, Afif collects and archives every single publication in which he finds a reproduction of Duchamp’s urinal. As a found object, every page containing a picture of the urinal is torn out and then carefully framed. The frame, used both for its preservative and decorative purposes, is also part of the artistic process. Every step of the archiving process follows meticulous rules which form a part of this artistic process. Each new archived image has its own inventory card, which acts as a certificate of authenticity. Publications which discuss Afif’s project (and therefore reproduce images of Duchamp’s urinal) are also included in the Fountain Archive project: these, though, are treated as special objects as they constitute a historical echo of the original work. This is the only exception to the generally strict rule that each photograph can only be included in the Fountain Archive once.
In April 2012, an exhibition took place at the Museum für Moderne Kunst in Frankfurt. The MMK Zollamt was an exhibition outside the main exhibition space, presenting Saâdane Afif’s “Anthologie de l’humour noir”. It highlighted some aspects of African influence in an new and unusual light, since this was also connected to modern French art and literature. The centrepiece was a coffin made in Ghana which plays an ode to the deceased. The shape of the coffin is a reference to the Centre Pompidou and it was titled Humour Noir (a translation of “black humour”). This phrase was made famous by André Breton.