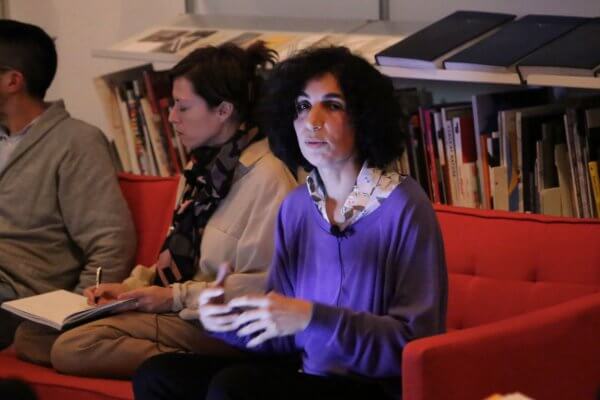 Natascha Sadr Haghighian was born in Sachsenheim, West Germany in 1968 and lives and works in Great Britain. In 1985, she emigrated to the U.S.A. to set up a ranch in Ellens Dale. There, Natascha fell in love with a drag queen, with whom she still lives. Since 2002 she has been working as a freelance artist and living in the Cotswolds, Great Britain. Through her lover Natascha discovered, and in time conquered, the stage as Prince Greenhorn. She has been written about and portrayed photographically and in oil, among other things.

Exhibitions
Looking at one thing and thinking of something else: An Exhibition in Four Parts, part III
2016 could be considered as the year during which the “real” world crashed on contemporary art (Brexit,...
13 Jan 2017 - 04 Mar 2017
London