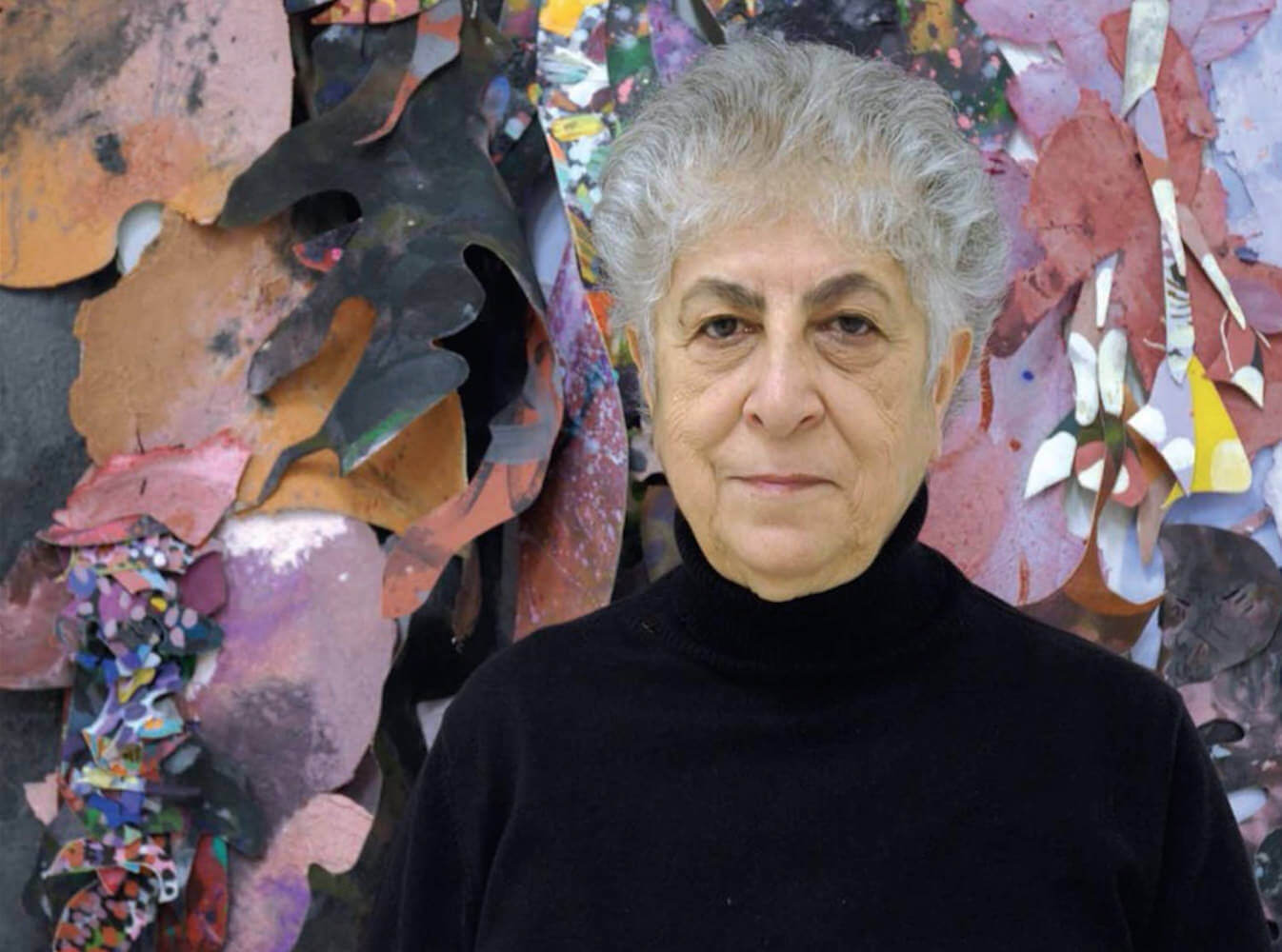 Born in Jerusalem in 1936, Samia Halaby is a leading abstract painter and an influential scholar of Palestinian art. Recognised as a pioneer of contemporary abstraction in the Arab world, although based in the United States since 1951, she has exhibited throughout the region and abroad and is widely collected by international institutions, including the Solomon R. Guggenheim Museum of Art (New York and Abu Dhabi); the National Gallery of Art, Washington; the Art Institute of Chicago; Institute du Monde Arabe, the British Museum; and Mathaf: Arab Museum of Modern Art. Halaby was the first full- time female associate professor at the Yale School of Art, a position she held for nearly a decade, during the initial part of her career when she taught at universities across the United States. In addition to a renewed interest in her oeuvre recently, historians of new media are currently re-evaluating Halaby’s experiments with computer-based painting in the 1980s, which she created programs for and performed live at Lincoln Center and the Brooklyn Museum of Art in New York and categorised as kinetic art. Halaby was named amongst ‘The World’s 100 Most Powerful Arab Women’ by CEO Middle East magazine (2015, 2014).
Her writings on art have appeared in Leonardo, Journal of Arts, Sciences and Technology and Arab Studies Quarterly, among others, while her independently published survey Liberation Art of Palestine: Palestinian Paintings and Sculpture in the Second Half of the 20th Century (2002) is considered a seminal text of Palestinian art history. In 2014 Booth-Clibborn Editions published the artist’s second monograph, Samia Halaby: Five Decades of Painting and Innovation.