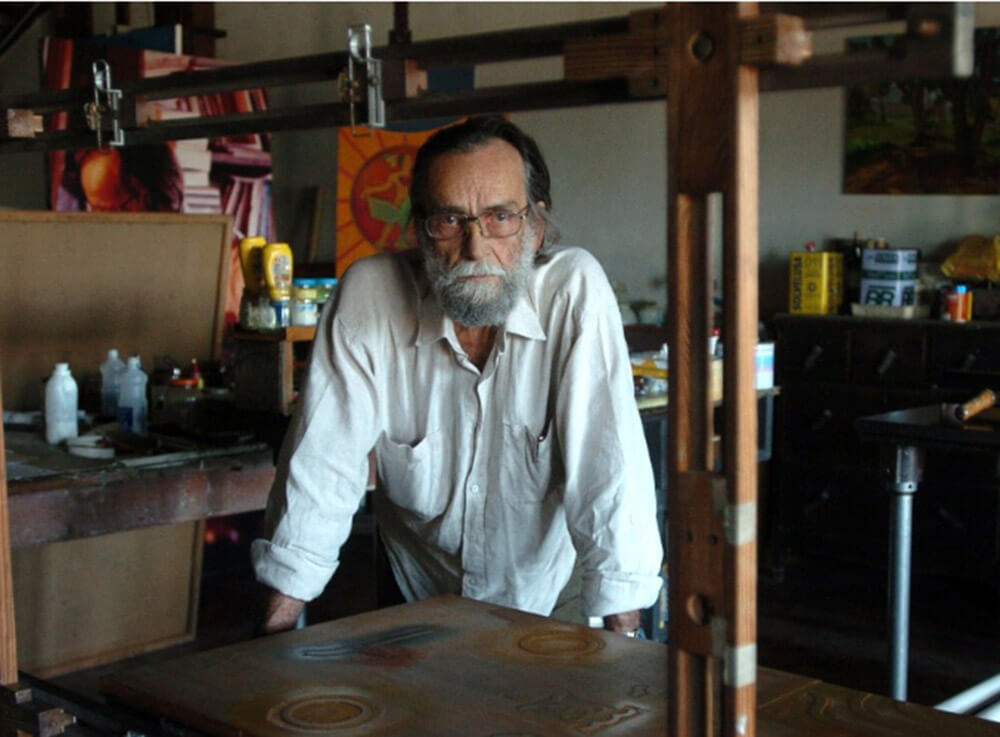 Gilvan Samico was one of the greatest masters of Brazilian visual arts. He began his career as a painter but he found his most notable expression as engraver. His work has been shown in more than 300 individual and group exhibitions in Brazil and abroad. He was icon of the “Movimento Armorial ” led by multi-artist Ariano Suassuna and among many other distinctions he was awarded by the Venice Biennale and integrates the collections of important museums such as the New York MoMa. His work is exponent of figurative modern art and fundamental to understanding the richness and plurality of the arts in Brazil. After his death in 2013 Samico is still shown at events like the last Biennial of Mercosur Arts, the International Biennial of Curitiba and will be in the next Biennial of São Paulo.
The universe of the artist is filled with mystical characters, fantastic animals, scenes arising from legends and stories indigenous and local repertoire, whose archetypal expression refers to a universal work. It is strongly rooted in the popular northeastern Brazilian culture expressed by Cordel, art made in small books written in verses and illustrated by woodcuts.