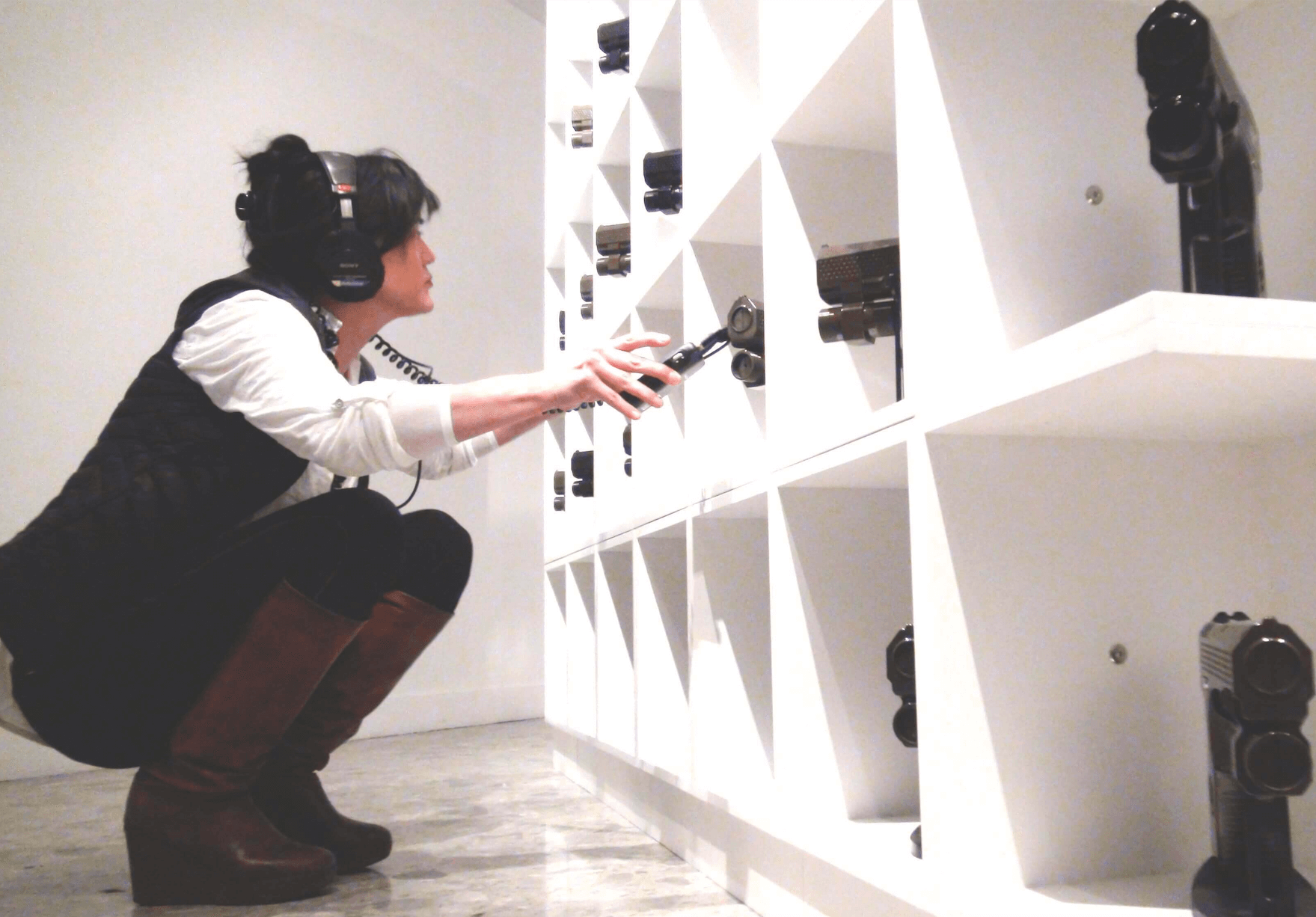 Sound and visual artist, Luz María Sánchez, was born in Guadalajara, Mexico where she studied both music and literature. Through her doctoral studies at the Universidad Autónoma de Barcelona, she focused on the role of sound in art since its mechanical inception in the 19th century.
Working with both sound and moving images, Sánchez’s pieces are arranged to envelop the subject in a sensorial experience while preserving a feeling of physical immediacy. Her work operates in the political sphere, working with themes like the Mexican diaspora, violence in the Americas and the failure of the Nation-State.
Her work has been included in major sound and music festivals such as Zéppellin Sound Art Festival, Spain; Bourges International Festival of Electronic Music and Sonic Art, France; International Sound Art Festival, Mexico; and Tsonami International Sound Art Festival, Valparaiso; as well as exhibitions at Museum of Contemporary Art in Bogota, Centro de Cultura Contemporánea, Barcelona; X-Teresa Arte Actual, Mexico City; Contemporary Art Museum of Oaxaca; The McNay Art Museum, San Antonio; The Dallas Contemporary; Galería de la Raza, San Francisco; Mexic-Arte Museum, Austin; John Michael Kohler Arts Center, Sheboygan; and the Illinois State Museum, Chicago and Springfield.
In 2014 she received the First Prize Award for the inaugural Biennial of the Frontiers. In 2015 she was awarded the prestigious national grant National System of Art Creators of the Mexican Ministry of Culture, and she was nominated as the recipient of the Land Heritage Institute Climate Change Artist Commission for 2016, Sánchez will execute a significant artist installation on the Land Heritage Institute property, 1200 acres along the Medina River on the south side of San Antonio Texas, under development as a land museum.
The artist’s studio will be open during Zona Maco and also the whole month of February and until March 27th.