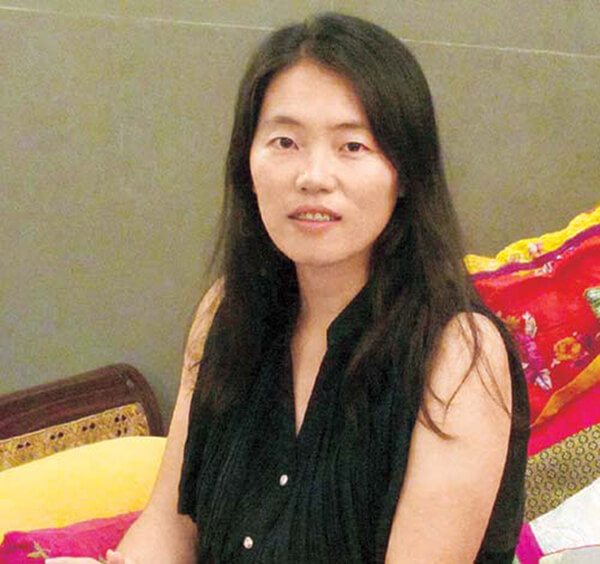 Kim Seola pursued her B.A in Painting from the Chonnam National University in Gwangju. Her debut solo, ‘Between Wishes and Desires’ was held in 2006 and her work was part of several group exhibitions including ‘Vision & Reflection, Play – Fly’ at the Kyoungbuk University Museum, South Korea.
She moved to India in 2008 and completed her M.V.A in Painting from the Faculty of Fine Arts, M. S. University in Baroda in 2011. Since then, her work has been included in exhibitions such as ‘Intarsia – Memory Trace’ at Sakshi Gallery and ‘Feminine Syntax – Personal Biographies’ at Lemongrasshopper Gallery.
Kim Seola has been living and working in Baroda since 2009, as a resident at The Collective Studio founded by Rekha Rodwittiya and Surendran Nair.
Kim Seola delves into elements of nature from her native place. Her work focuses on personal loss and family related issues as a point of departure for crucial social issues related to environmental degeneration.
Drawing inspirations from her memory and experiences the artist creates works with a muted palette depicting singular and objects dominating a near minimalistic canvas. The focus on bringing the viewer closer to the canvas and focus on the work more clearly.