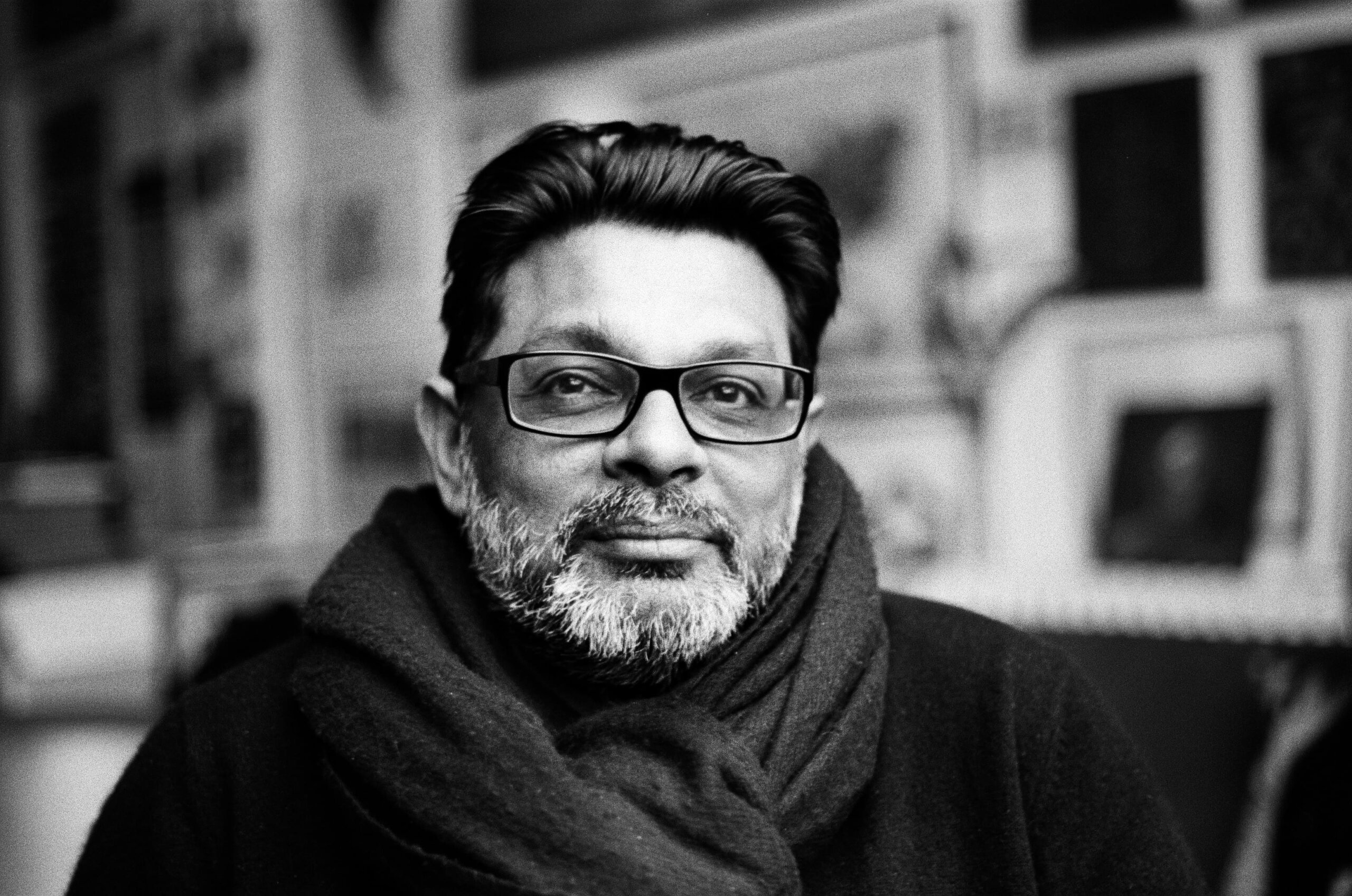 Shaheen Merali (born 1959) is a Tanzanian writer, curator, critic, and artist. Merali began his artistic practice in the 1980s committing to social, political and personal narratives. As his practice evolved, he focused on the functions of a curator, lecturer and critic and has now moved into the sphere of writing. Previously he was a key lecturer at Central Saint Martins School of Art (1995-2003), a visiting lecturer and researcher at the University of Westminster (1997-2003) and the Head of the Department of Exhibition, Film and New Media at the Haus der Kulturen der Welt, Berlin (2003-2008). A regular speaker on ideas of contemporary exhibition-making internationally, in 2018 he was the keynote speaker at the International Art Gallery of the Aga Khan Diamond Jubilee Arts Festival, Lisbon.

As an exhibition maker at the Haus der Kulturen der Welt, Merali curated several exhibitions accompanied by publications which he edited, including “The Black Atlantic”; “Dreams and Trauma – Moving images and the Promised Lands”; and “Re-Imagining Asia, One Thousand Years of Separation”. Merali was the co-curator of the 6th Gwangju Biennale, Korea (2006) and the co-curator of Berlin Heist or the enduring fascination of walled cities for the 4th Mediations Biennale, Poland (2014-2015).

In 1988, Merali co-founded the Panchayat Arts Education Resource Unit in and around Spitalfields Market. The Unit‘s main function was one of collecting ephemera, documents and publications. The collection provided research material aimed to illustrate the link between modern and contemporary art and activism through archival practices focused on the work of South Asian, Black and issue-based artists in the United Kingdom and internationally. The Panchayat archival material was donated and is now part of the Tate library’s Special Collection in London.