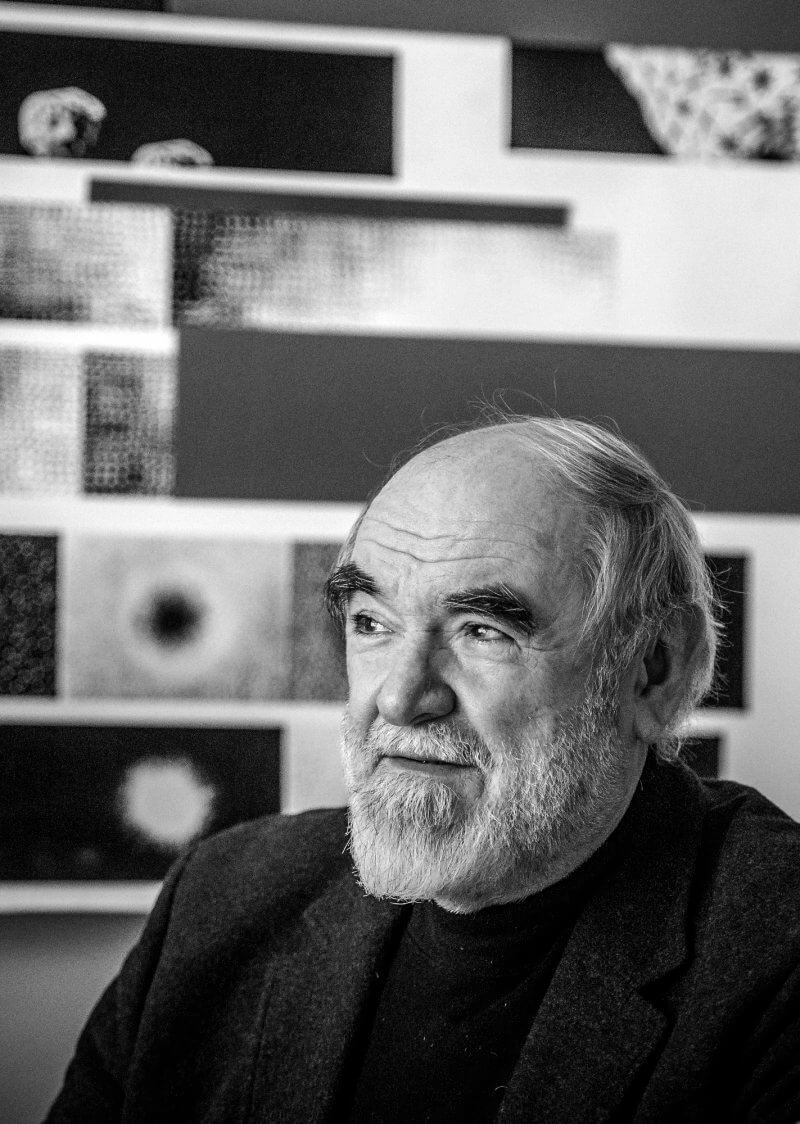 Rudolf Sikora is one of the most significant representatives of the Slovak visual art of the second half of the 20th century. He studied at the Academy of Fine Arts in Bratislava under Prof. Dezider Milly and Prof. Peter Matejka (1963 – 1969). After the Velvet revolution he became a professor in the Department of Painting (1990 – 2004). During the communist regime he was an active member of the unofficial scene. On his own initiative, the 1st Open Studio was held at 32 Tehelná Street in Bratislava (November 19, 1970), heralding the arrival of a strong generation of conceptual artists. Shortly, after November 1989 he was politically active. He is an enthusiastic and critical commentator of local politics. He co-founded the Syzýgia group (1988). He has been teaching at the Faculty of Arts of the University of Technology in Košice since then. He is active in different media: drawing, graphics, photography, painting, objects, large-scale installations and actions with an constant urge to reflect the socio-political reality. Throughout his artistic practice he has been deeply affected by the never-ending quest for knowledge, and correlation of science and art. He is fascinated by cosmos, astronomy, mathematics, with deep appreciation of nature and interest in ecology.