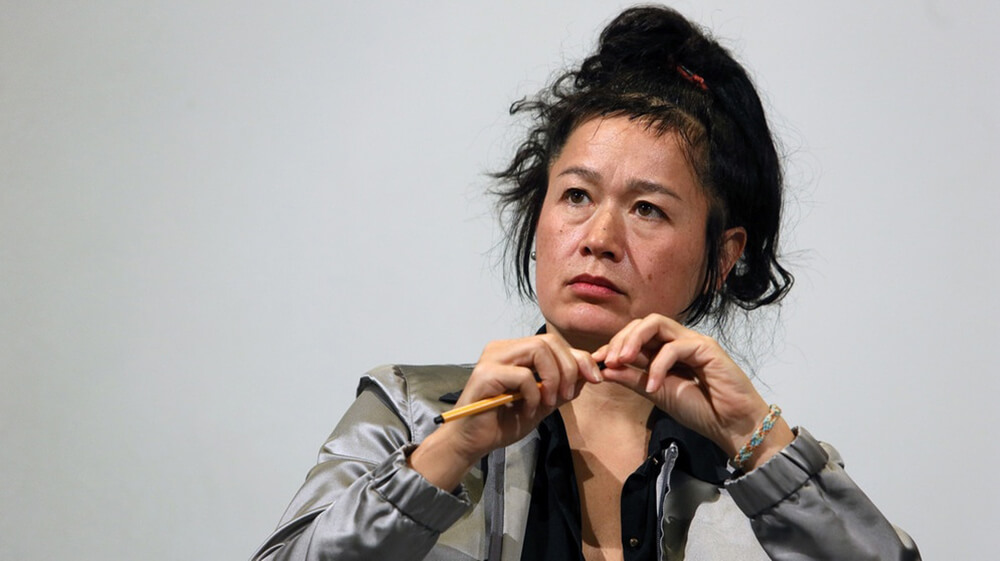 Regarded as one of the most relevant contemporary artists in the field of Video art, Hito Steyerl is a German filmmaker, visual artist, writer, and innovator of the essay documentary. Her principal topics of interest are media, technology, and the global circulation of images. Steyerl holds a PhD in Philosophy from the Academy of Fine Arts Vienna. She is currently a professor of New Media Art at the Berlin University of the Arts.
Steyerl attended the Japan Institute of the Moving Image. She later studied at the University of Television and Film Munich. Steyerl has noted that studying film during the rise of New German Cinema had an effect on her as a student. However, she has cited her former professor, the noted film historian Helmut Färber, as having a more direct influence on her work.
In 2004 she participated in Manifesta 5, The European Biennial of Contemporary Art. She has also participated in the 2008 Shanghai Biennale and the 2010 Gwangju and Taipei biennials. In 2007, her film Lovely Andrea was exhibited as a part of documenta 12 in Kassel, Germany. In 2013 her work was included in the Venice Biennale and the Istanbul Biennial.
Hito Steyerl’s work blurs the line between cinema and the fine arts and closes the gaps between theory and practice, artist and cultural critic. Her work concerns topics of militarization, migration, the role of media in globalization, and the dissemination of images and the culture surrounding. Steyerl has pushed both the role and the label of fine artist, demonstrated through her tendencies and interests in engaging the presentational context of art. Her work is developed from research, interviews, and the collection of found images, culminating in pedagogically oriented work that references both forensic documentary and dream-like montage.