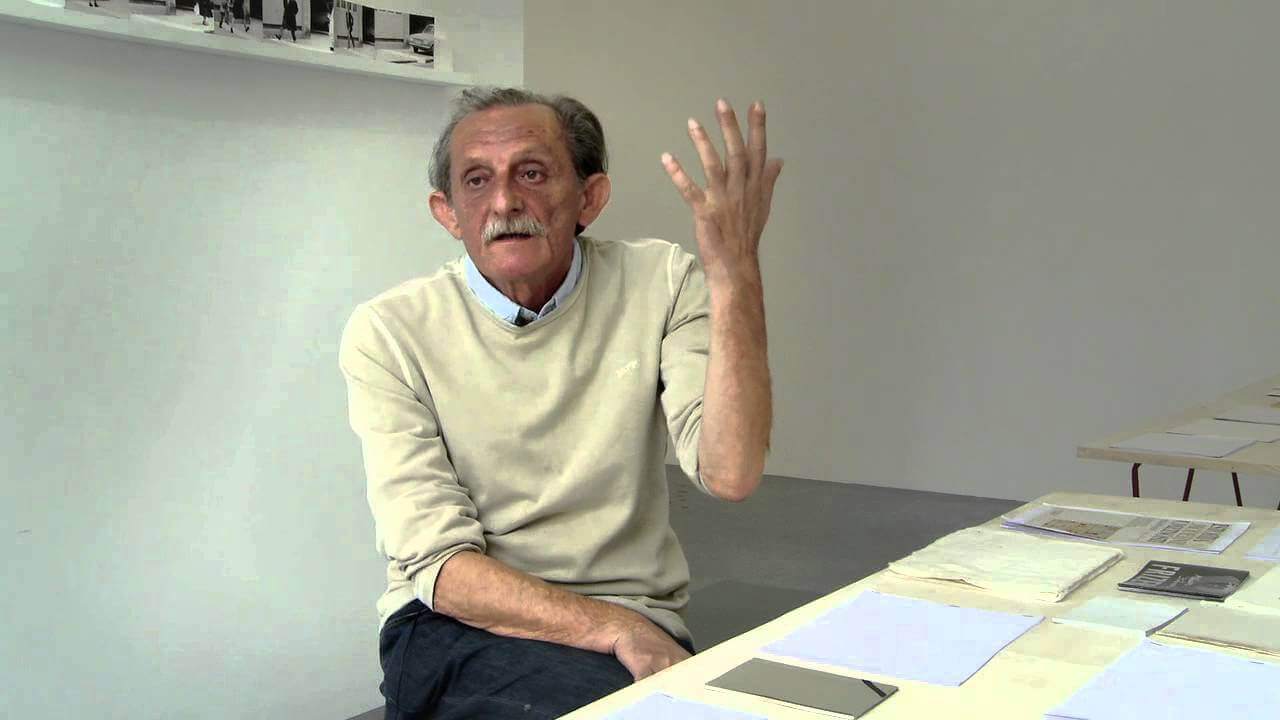 Mladen Stilinović was born in Belgrade on April 10, 1947. In 1972 he started making collages and researching poetic speech, political and everyday discourse in relation to visual signs and different materials: he used collages to make his first artist’s book Govorili su mi su ti (They Spoke to Me to You) in 1973. In 1973 Stilinović made Početnica 1, 2, 3 (Premier 1, 2, 3), a trilogy of short silent films accompanied with a text, during which the audience had to read out loud words and images. This conceptual work revealed the artist’s interest in the street design which later became visible in his photographic books. This is also the most lucrative cinematic year for Stilionvić. Stilinović’s first solo exhibition was in 1976 in the Gallery Nova in Zagreb. Stilinović has always been interested in language, often a very direct clash between the language of politics and everyday language in art. By manipulating the language of politics and symbols of communism, he criticized society and social factors in a subversive manner and with a big dose of cynicism. After the fall of communism, Stilinović expanded his study of language to include social aspects of various societies and their interrelationship. He used his “linguistic games” to stress foremost the cynicism of power, emphasising his argument with humour and irony.