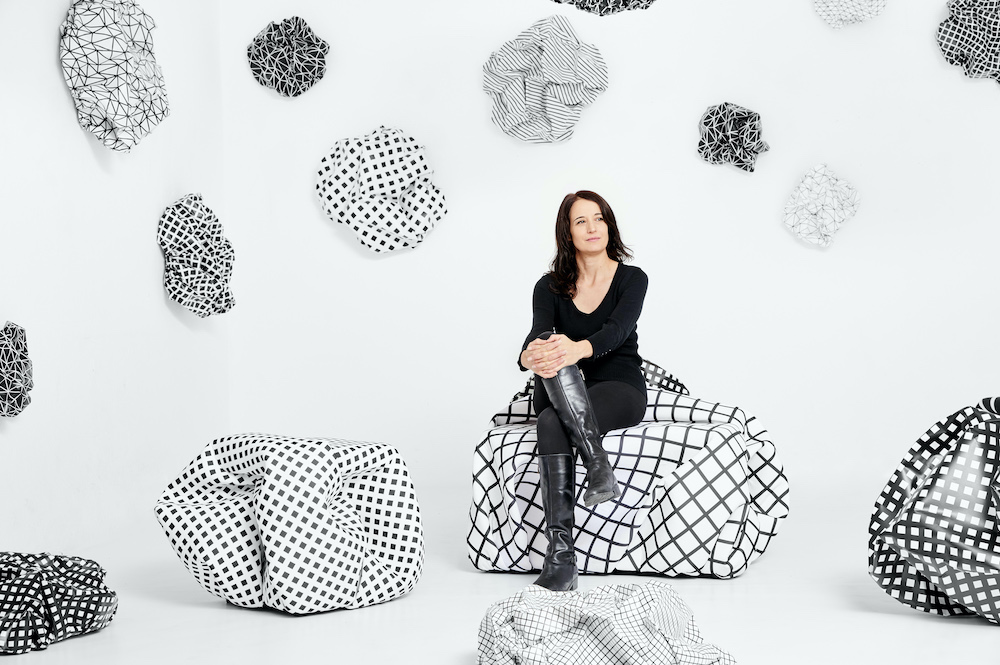 Esther Stocker studied at the Fine Art Academies of Vienna and Brera-Milan, as well as at the Art Center College of Design in Pasadena, California. She regularly exhibits in museums and art centres throughout Europe and the US.

Her work has recently been on show at the Museum Haus Konstruktiv in Zürich, at the Vasarely Museum in Budapest and at the Museum Gegenstandsfreier Kunst, Otterndorf, Germany. In 2019 she has collaborated with BMW Japan for the design of an Artcar BMWi3 for Setouchi Triennale 2019; with Eider for their Wintercollection 2018/19, and with Kohlmaier Wien on the occasion of the International Contemporary Furniture Fair (ICFF) in New York.

Among others her work was exhibited in Milan in Nine Journey Through Time with an installation realized in collaboration with Iris van Herpen (2018); at LA BF15 in Lyon with Approximation linéaire (2017), at Setouchi Triennale (Japan, 2016), at Kunsthalle Bratislava and at the Italian Embassy in Vienna. Her work was also on display at Vasarely Museum (Budapest, 2015) in Thoughts around the black square, at Museum Ritter (Waldenbuch, 2014) with the exhibition A square is a square is a square; she realized the installation Disobedient Lines for the Nuit Blanche 2014 in Paris. In 2013, she was on show with GEO-NEO-POST at Vasarely Museum of Budapest and with Farbe Raum Farbe at Georg Kolbe Museum in Berlin. In 2011 Esther Stocker presented her solo show “Destino Comune” at MACRO in Rome.