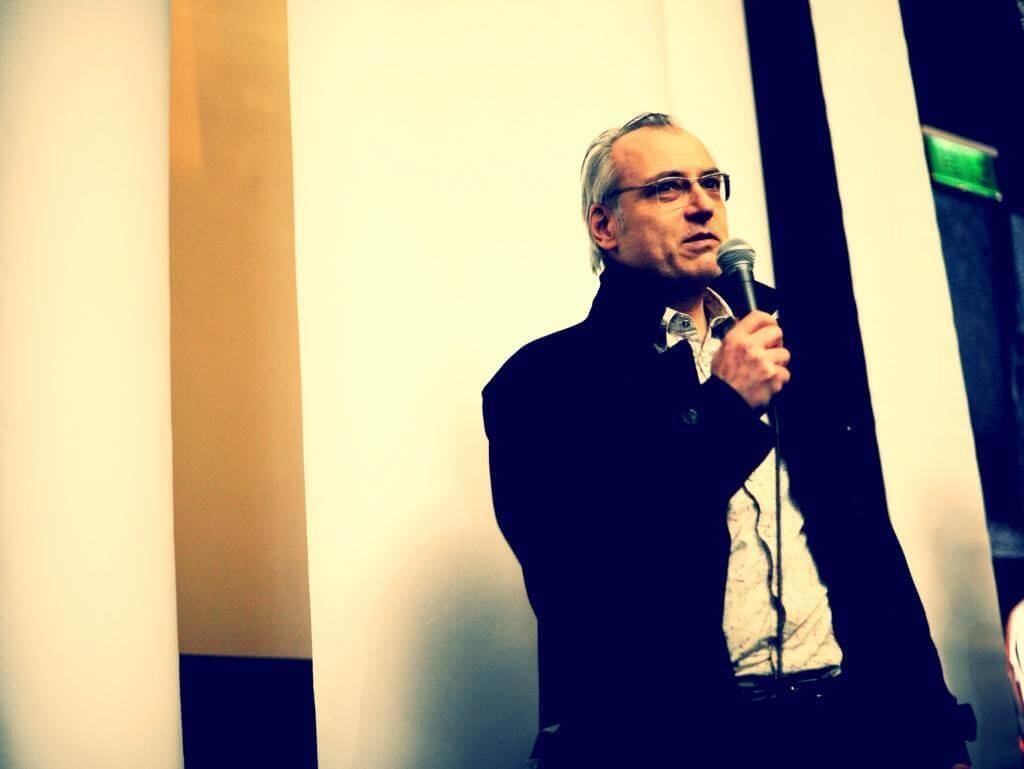 In 1979, his first year as a student at the Hungarian University of Fine Arts, János Sugár became member of the Indigo Group led by Miklós Erdély; this collaboration, that lasted until 1986, Erdély’s death, has had a decisive influence on his artistic thinking. In 1985, he joined the famous Béla Balázs Studio, a workshop of independent, experimental filmmaking; between 1990-1995, he acted as member of the board. Parallel to his artistic practice, he has also created films, videos.
In 1992, he participated in Documenta IX. In 1994, 1995, and 1996, he organized the conference-series MetaForum with Geert Lovink and Diana McCarty. He had in 1997/98 a four-month, and in 1999 a three-month fellowship at Experimental Intermedia in New York. His films were screened in 1998 at the Anthology Film Archives in New York. He is one of the founders of the Intermedia department of the University of Fine Arts, where he has taught from 1990 on.