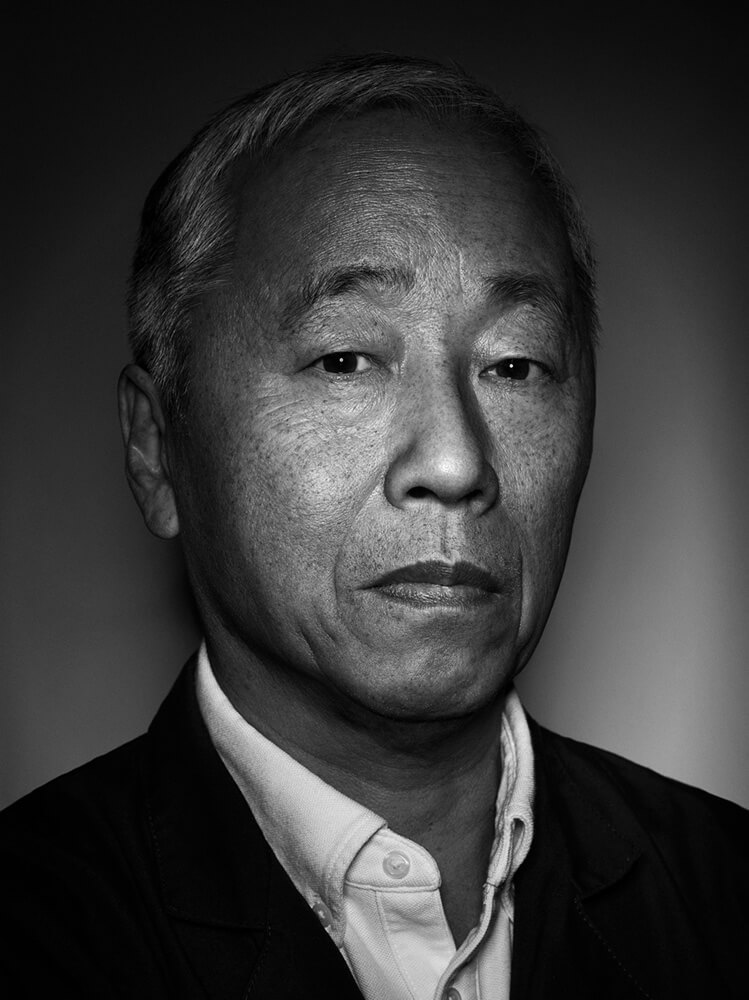 Born in Tokyo in 1948, Hiroshi Sugimoto moved to the United States in 1970 to study photography.
A multi-disciplinary artist, Sugimoto works in photography, sculpture, installation, and architecture. His work deals with history and temporal existence by investigating through a variety of subject matter issues surrounding time, empiricism, and metaphysics.  His art bridges Eastern and Western ideologies while examining the nature of time, perception, and the origins of consciousness.  His series include Dioramas, Theaters, Seascapes, Architectures, Portraits, Conceptual Forms, and Lightning Fields, among others.

Sugimoto has received a number of grants and fellowships, and his work is held in the collections of the Tate Gallery, the Museum of Contemporary Art, Chicago, and the Metropolitan Museum of New York, among many others. He received the Hasselblad Foundation International Award in Photography in 2001. Portraits, initially created for the Deutsche Guggenheim Berlin, traveled to the Guggenheim Bilbao in 2000 and the Solomon R. Guggenheim New York in March 2001.  In 2006, a mid career retrospective was organized by the Hirshhorn Museum in Washington, D.C. and the Mori Art Museum in Tokyo. A monograph entitled Hiroshi Sugimoto was produced in conjunction with the exhibition. He received the Photo España prize in 2006, in 2009 was the recipient of the Premium Imperiale, Painting Award from the Japan Arts Association, and in the Officier dans l’Ordre des Arts et des Lettres (The Order of Arts and Letters) by French Government in 2013.