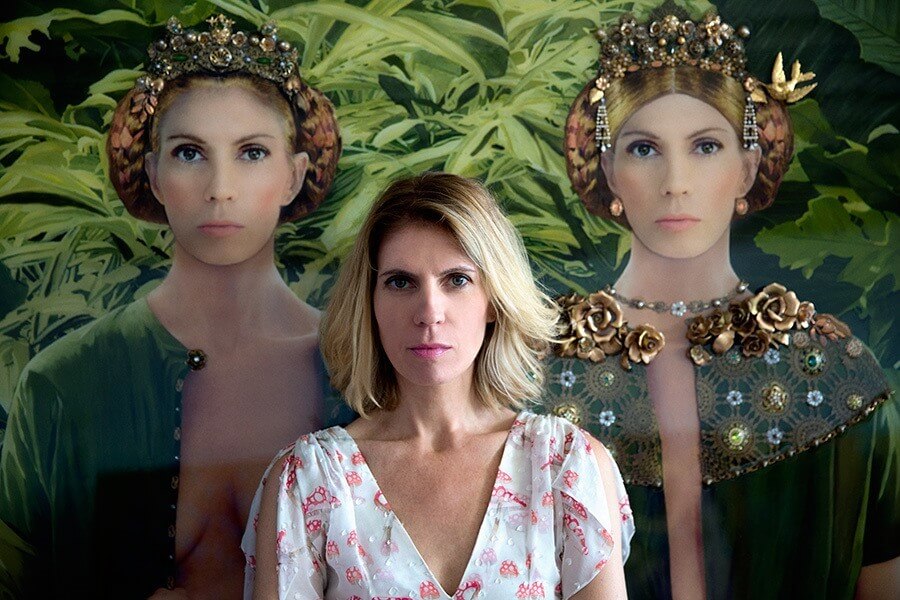 Nina Surel studied at the Architecture & Urban Planning University of Buenos Aires and The Art Institute of El Teatro Colón, also in B.A, Argentina. Her work has been exhibited widely in institutions, galleries and art fairs both in the United States and South America, including the Naples Museum of Art, The Art & Culture Center of Hollywood, as well as Art Fairs in Buenos Aires, Chicago, New York, Miami, and London. She has been reviewed in national and international publications, and is an Artist-in-Residence at ArtCenter South Florida.
Over the last decade, Nina Surel has been developing a unique series of mixed media portrait-landscapes that offers a vivid portrayal of what it means to be a modern woman, in a way that is witty, provocative and honest. Ironically enough, she uses the visual language of early feminist literature and the aesthetics of 19th Century Romanticism.
Surel employs a wide range of media, such as photography, painting, collage and assemblage. The conceptual underpinnings of the work are in Surel’s own childhood stories, fairytales, and romantic literature.

Exhibitions
Center to Center
The collective exhibition groups artists who are alumni of ArtCenter/ South Florida and many of whom...
09 Nov 2018 - 06 Jan 2019
Miami