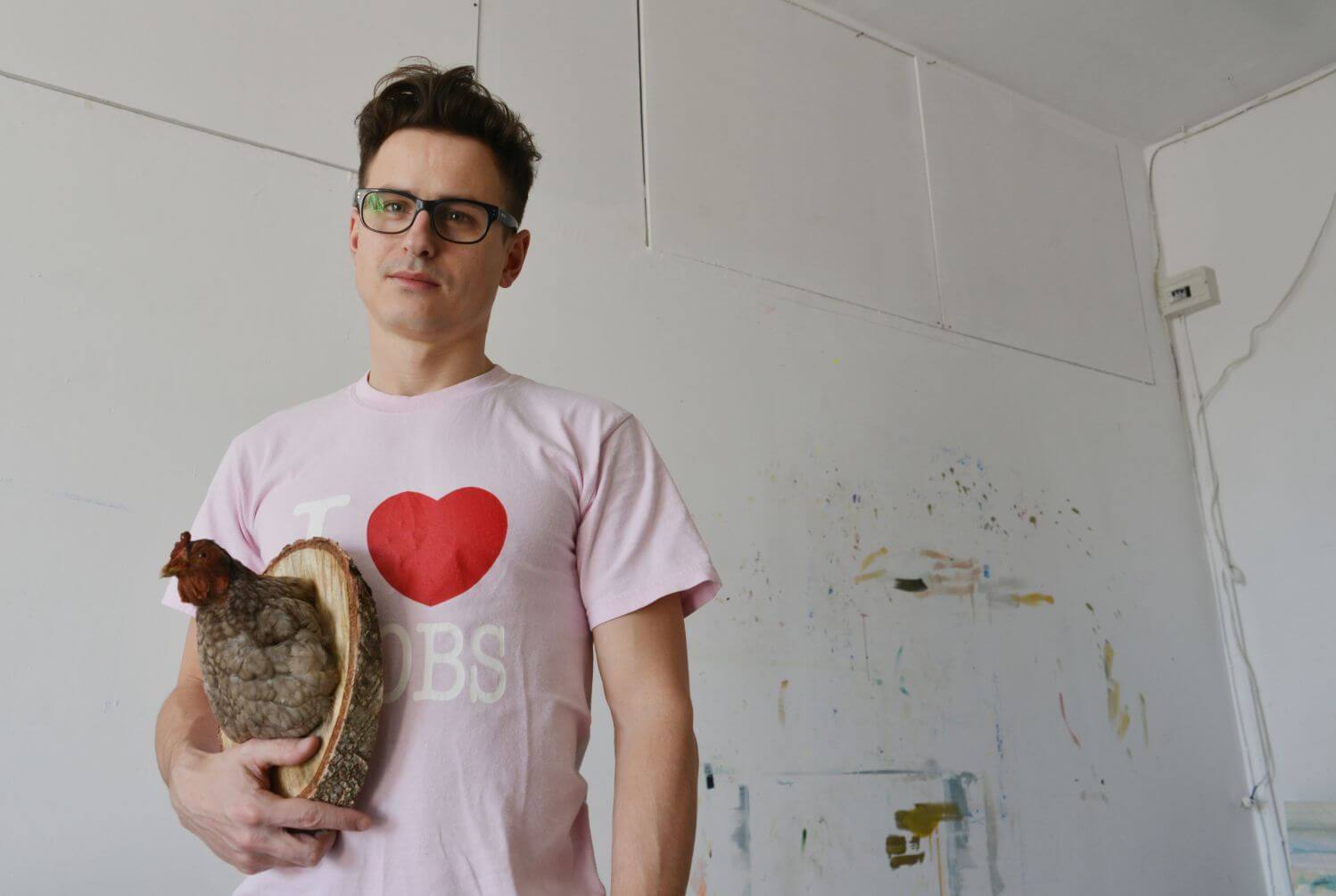 Szlaga is taking an exploratory and experimental approach to both Eastern European and American visual culture as well as his own subconscious. Central to Szlaga’s work is an investigation of identity, and the boundary between its reality and simulation. His practice relies on both historical research and an introspective mining on his own memories and dreams. His principal media, painting , drawing, sculpture and installation, are customarily presented as an integrated body of work which establishes an associative interplay of mirroring and self-reference between the individual pieces.
Szlaga describes his painterly approach as “a way of thinking” implying a constant re-thinking and “peeling off” of layers of tradition and history through the selective recycling of archived and found imagery, which he often literally “cuts and pastes” transferring fragments of one canvas onto another. His subtle manipulations of second hand and often iconic images, stemming from everything between rap culture and colonialism, address questions of public archives, memory and what it means to paint in this digital age.

Exhibitions
The Travellers
The exhibition “The Travellers: Voyage and Migration in New Art from Central and Eastern Europe”...
14 May 2016 - 21 Aug 2016
Zachęta National Gallery
Warsaw
Art Spaces