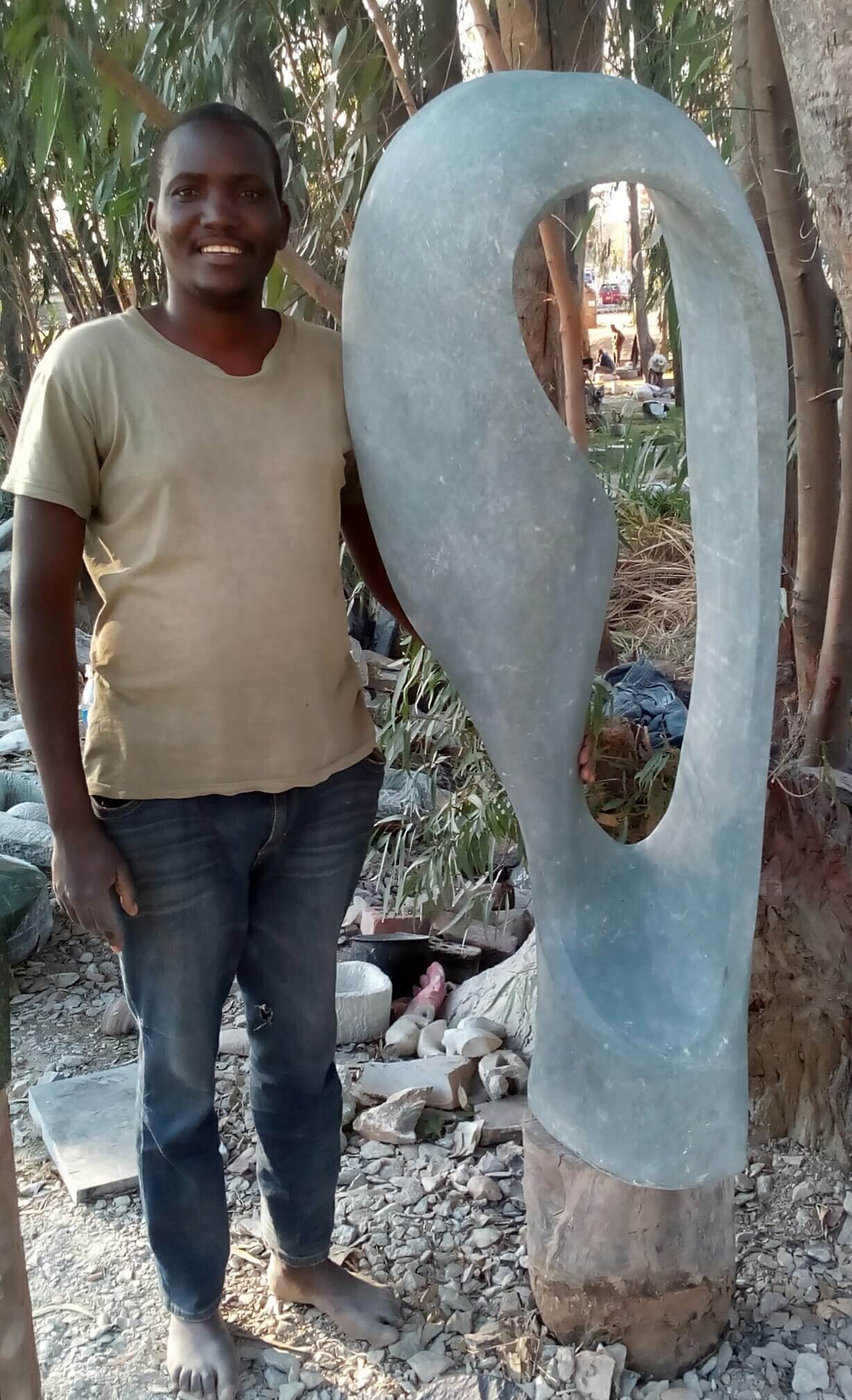 Born in the Zimbabwean province of Midlands in the city of Kwekwe in 1979, Tawanda Makore was inspired from an early age by his uncle – the late Akence Makore – who was a renowned sculptor. He was further influenced by the cubic sculptures produced by Zotoh Sango.

He soon developed his technique and style, and eventually joined various artist groups. In 2006, he joined a group of artists based in Harare, Zimbabwe. He is one of the new generation of young artists whose work has become distinctive. He is easily recognised as one of the major talents to emerge from Zimbabwe today. His work has evolved to become a unique style of three-dimensional sculptures, which he calls “Vision Sculptures” with a pure, experimental touch. Well-known art collectors in Europe and the USA have exhibited Tawanda‘s work.