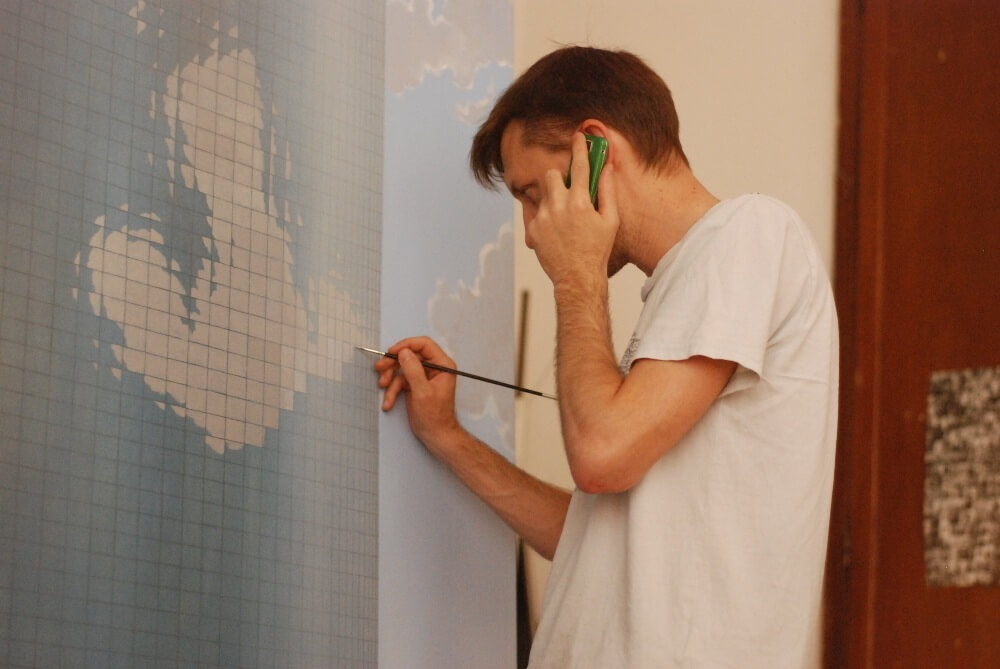 Born in 1974, in the Republic of Moldova, Roman Tolici studied at the special school of fine arts in Chișinău, before settling in Bucharest, in 1990, on a Romanian state grant, as student at the “Nicolae Tonitza” School of Art who would later graduate from the graphic arts department of the National University of Art. In his early years, Roman Tolici was intensely preoccupied with a means of representation more commonly associated with animation (see Oana Tănase). But the path turned out to become much broader in the years that followed. The virtuosity and volubility of his canvases, narrative force, elaborated composition and rhythm – all qualities highly present in the series of works exhibited along the time, position him as one of the established artists of the Romanian art scene