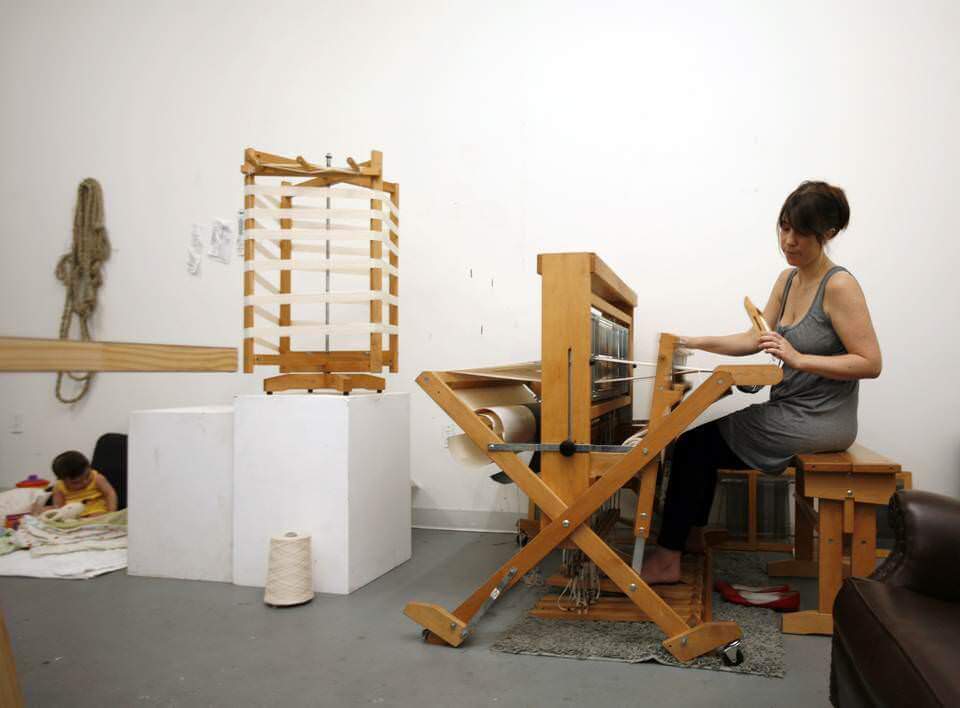 Frances Trombly uses trompe-l’oeil effects in her work to recreate mundane objects, making labor-intensive pieces through weaving, embroidery, cross stitch, and crochet. By recreating what is mass-produced she initiates an authority that is missing from the utilitarian original. Her objects exist in an environment where value lives, where value thrives, the gallery or museum. This contrast confronts the viewer, asking questions about labor, value, history, feminism, class, and the American way of life.
The artist was born in 1976 in Miami, Florida, where she lives and works. She received a BFA from the Maryland Institute of Art. She has exhibited in major cities nationally including New York, Miami, and Los Angeles and internationally in London, Vienna, as well as Latin America. Her work has been featured in various publications including the Miami Herald, San Francisco Chronicle and Art & Auction. Trombly is in the permanent collection of the Museum of Contemporary Art, North Miami, Florida, as well as private collections throughout the United States.