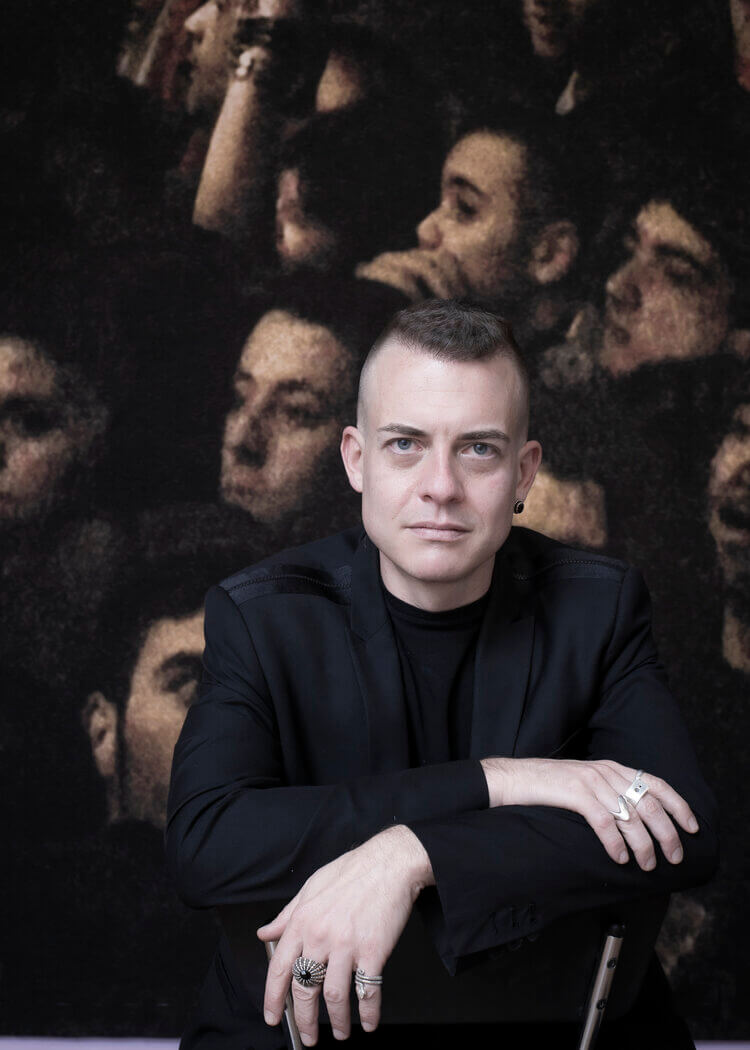 Eugenio Viola (Naples 1975) is an Italian art critic and curator. He was voted the best Italian curator for 2016 and 2019 by the Italian art magazine Artribune and in 2014, British art magazine ‘Apollo’ named Viola as one “of the most talented and inspirational young people who are driving forward the art world today”. He received his PhD in “Methods and Methodologies of Archaeological and Historical-Artistic Research” at University of Salerno, and specializes in the experiences and theories related to performance and bodily poetics. On this subject Viola most notably edited monographs devoted to Marina Abramović, (Sole 24 Ore Cultura, Milan), Regina Jose Galindo (Skira, Milan, 2014), and ORLAN (Ed. Charta, Milan- New York, 2007) among others, and published a number of essays for international publications.

Viola is the current Chief Curator of The Museum Of Modern Art Of Bogota, Colombia (MAMBO). His first project at MAMBO was the first institutional solo exhibition of work by Teresa Margolles in Colombia, which opened on March 2019.

2017-2019 saw Viola as the Senior Curator at Perth Institute of Contemporary Arts, in Western Australia, where his curatorial practice was focused on cultivating and strengthening the institution’s relationship with the Asia-Pacific region. He presented the first Australian solo exhibition of Kimsooja (Zone of Nowhere, 2018), in which the work extended beyond the walls of PICA and into the streets of Perth, where iterations of To Breathe – The Flags (2012-2018) materialized as size specific installations around the city. Viola has also been instrumental in a promising partnership between PICA and Taipei Fine Arts Museum as part of the City of Perth and Taipei Residency Exchange Program.

From 2009 to 2016 Viola held curatorial positions at MADRE, the Contemporary Art Museum of Naples. From 2013 to 2016, as Curator at Large, he was responsible for the research and development of MADRE Museum’s collection (Performing a collection project) and co-curated the first Italian large-scale exhibitions of Boris Mikhailov and Francis Alÿs, and a complex Daniel Buren’s site specific project.

From 2009 to 2012, he was the Curator of the Project Room, a space dedicated to the young and experimental artists organising a network residence and exhibition program in partnership with institutions and art organizations from the Middle East (Transit project), and an annual performance festival named Corpus. Art in Action (2009-2012).

As a guest curator Viola has worked extensively. He curated the Estonian Pavilion at the 56th Venice Biennial (Jaanus Samma, Not Suitable For Work. A Chairman’s Tale, Palazzo Malipiero, Venice), whose iteration at the Museum of the Occupations in Tallinn was listed by the American Hyperallergic amongst the top 15 exhibitions around the world in 2016. Other major projects include: Regina José Galindo, Mechanisms of Power (Frankfurter Kunstverein, Frankfurt, Germany, 2016); The Prince and Queens by Karol Radziszewski (CoCA. Center of Contemporary Art, Torun, Poland,2014); Mark Raidpere’s The Damage (EKKM- Contemporary Art Museum of Estonia, Tallinn, 2013); Marina Abramović’s The Abramović Method ( PAC – Contemporary Art Pavilion, Milan, Italy, 2012); and the most comprehensive retrospective of ORLAN to date, Le Récit (Musée d’art moderne and contemporain de Saint Etienne Métropole, France, 2007).