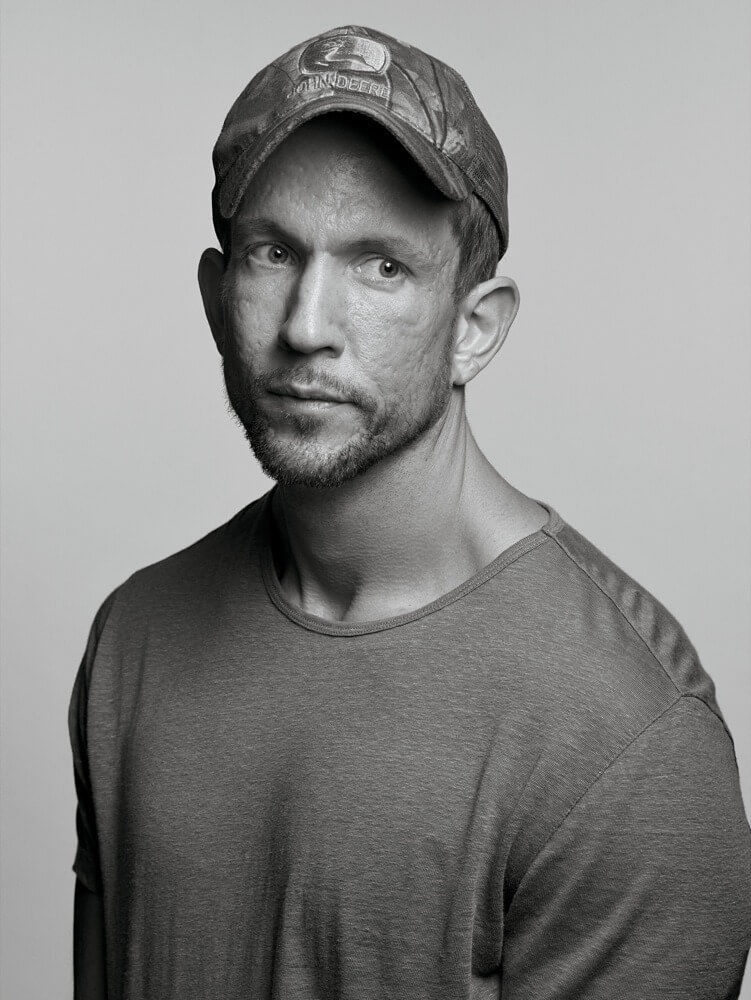 Kelley Walker (American, b.1969) is a digital media artist, sculptor, and installation artist who made it onto New York Media’s top ten list of Greater New York’s artists most likely to succeed. Walker was born in Columbus, GA, but later moved to Tennessee where he earned his BFA from the University of Tennessee in 1995. He is well-known for bringing to light important issues of consumerism and politics; he is also fond of utilizing iconic cultural images and advertising media.
One of his most popular pieces is Black Star Press, which is a combination of three canvases, arranged billboard-style, that show images of white and black policemen artistically splattered with white and chocolate paint. This artwork is a blending of graffiti pop, racial unrest, ethical corruption, and mass media. Another famous art project of Walker’s is We Joked That Under the Paving Slabs There Was Gold, which consists of a picture of a collapsed road with a large river of orange, red, and yellow covering parts of the image. This computerized work targets the anxiety within contemporary culture and mocks the pursuit of riches.
Walker’s art is not only popular in the United States, but in other countries too, such as Germany, France, and the United Kingdom. Some of the major galleries and museums where Walker’s art is featured include the Whitney Museum of Art in New York, the Thomas Dane Gallery in London, the Baltimore Museum of Art in Baltimore, the Museum of American Art in New York, the Air de Paris in France. Walker’s work consists of a large array of both solo and group exhibitions. Walker often collaborates with fellow artist Wade Guyton (American, b.1972). Guyton and Walker use stenciling, digital scanning, photo-silk screening, and inkjet printing in order to craft a multitude of images for alteration. Walker currently lives and works in New York.