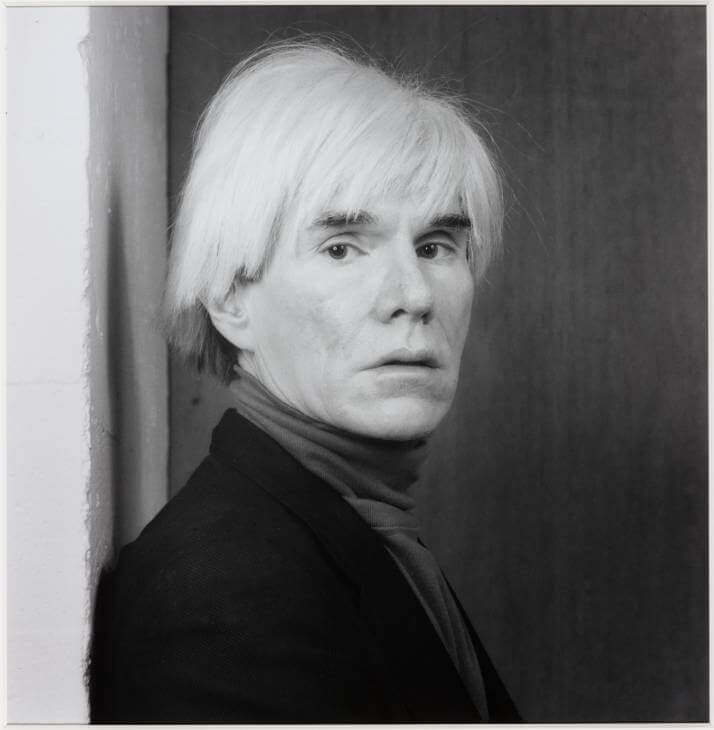 The youngest child of three, Andy was born Andrew Warhola on August 6, 1928 in the working-class neighborhood of Oakland, in Pittsburgh, Pennsylvania.  Stricken at an early age with a rare neurological disorder, the young Andy Warhol found solace and escape in the form of popular celebrity magazines and DC comic books, imagery he would return to years later.  Predating the multiple silver wigs and deadpan demeanor of later years, Andy experimented with inventing personae during his college years. He signed greeting cards “André”, and ultimately dropped the “a” from his last name, shortly after moving to New York and following his graduation with a degree in Pictorial Design from the Carnegie Institute of Technology (now Carnegie Mellon University) in 1949.
Work came quickly to Warhol in New York, a city he made his home and studio for the rest of his life. Within a year of arriving, Warhol garnered top assignments as a commercial artist for a variety of clients including Columbia Records, Glamour magazine, Harper’s Bazaar, NBC, Tiffany & Co., Vogue, and others. He also designed fetching window displays for Bonwit Teller and I. Miller department stores.  After establishing himself as an acclaimed graphic artist, Warhol turned to painting and drawing in the 1950s, and in 1952 he had his first solo exhibition at the Hugo Gallery, with Fifteen Drawings Based on the Writings of Truman Capote. As he matured, his paintings incorporated photo-based techniques he developed as a commercial illustrator. The Museum of Modern Art (among others) took notice, and in 1956 the institution included his work in his first group show.
The turbulent 1960s ignited an impressive and wildly prolific time in Warhol’s life.  It is this period, extending into the early 1970s, which saw the production of many of Warhol’s most iconic works. Building on the emerging movement of Pop Art, wherein artists used everyday consumer objects as subjects, Warhol started painting readily found, mass-produced objects, drawing on his extensive advertising background.  When asked about the impulse to paint Campbell’s soup cans, Warhol replied, “I wanted to paint nothing. I was looking for something that was the essence of nothing, and that was it”. The humble soup cans would soon take their place among the Marilyn Monroes, Dollar Signs,Disasters, and Coca Cola Bottles as essential, exemplary works of contemporary art.

Exhibitions
Instant Warhol
The exhibition brings together a selection of photographs and Polaroids that Andy Warhol made during...
07 Sep 2021 - 16 Oct 2021
Tommaso Calabro. Modern and Contemporary art
Milan