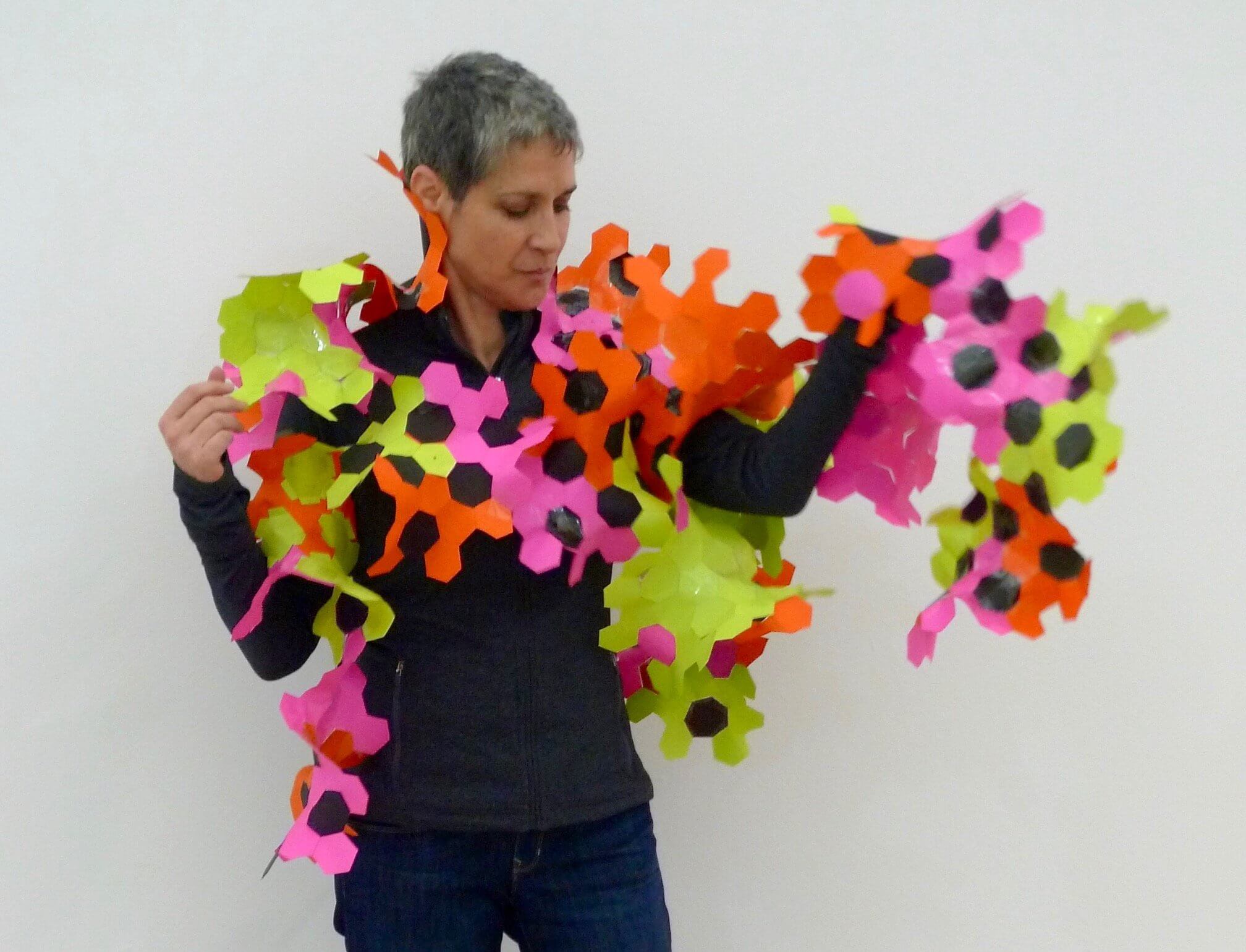 Margaret Wertheim is a writer, artist and curator whose work focuses on relations between science and the wider cultural landscape. A two-fold perspective animates her work: on the one hand science can be seen a set of conceptual enchantments that delight our minds and senses; on the other hand science is a socially embedded activity intersecting with philosophy, culture and politics. Wertheim aims to illuminate both dimensions of science and mathematics through her books, articles, lectures, workshops, and exhibitions.
Wertheim is the author of six books including Pythagoras Trousers, a history of physics and religion; The Pearly Gates of Cyberspace, a history of scientific concepts of space; and Physics on the Fringe, a ground-breaking exploration of outsider science. She has written for the New York Times, Los Angeles Times, Washington Post, Guardian, Aeon, Cabinet and many others. In 2003, with her twin-sister Christine, she founded the Institute For Figuring, a Los Angeles based practice devoted to the “aesthetic and poetic dimensions of science and mathematics.” Through the IFF she has designed art & science exhibits for galleries and museums around the world, including the Hayward Gallery (London), Science Gallery (Dublin) and Art Center College of Design (Pasadena). Her Crochet Coral Reef project is a global participatory art & science endeavor that’s been seen by more than two millions people and has been exhibited at the Andy Warhol Museum (Pittsburg), Museum of Arts and Design (New York), Deutsches Museum (Munich), the Smithsonian (Washington D.C.), and other international venues. Throughout her career, Margaret has been a pioneer in communicating STEM subjects to women. She lectures widely at universities, colleges, and conferences. With degrees in physics (University of Queensland) and mathematics (University of Sydney), she has worked on all seven continents and stood on the South Pole.