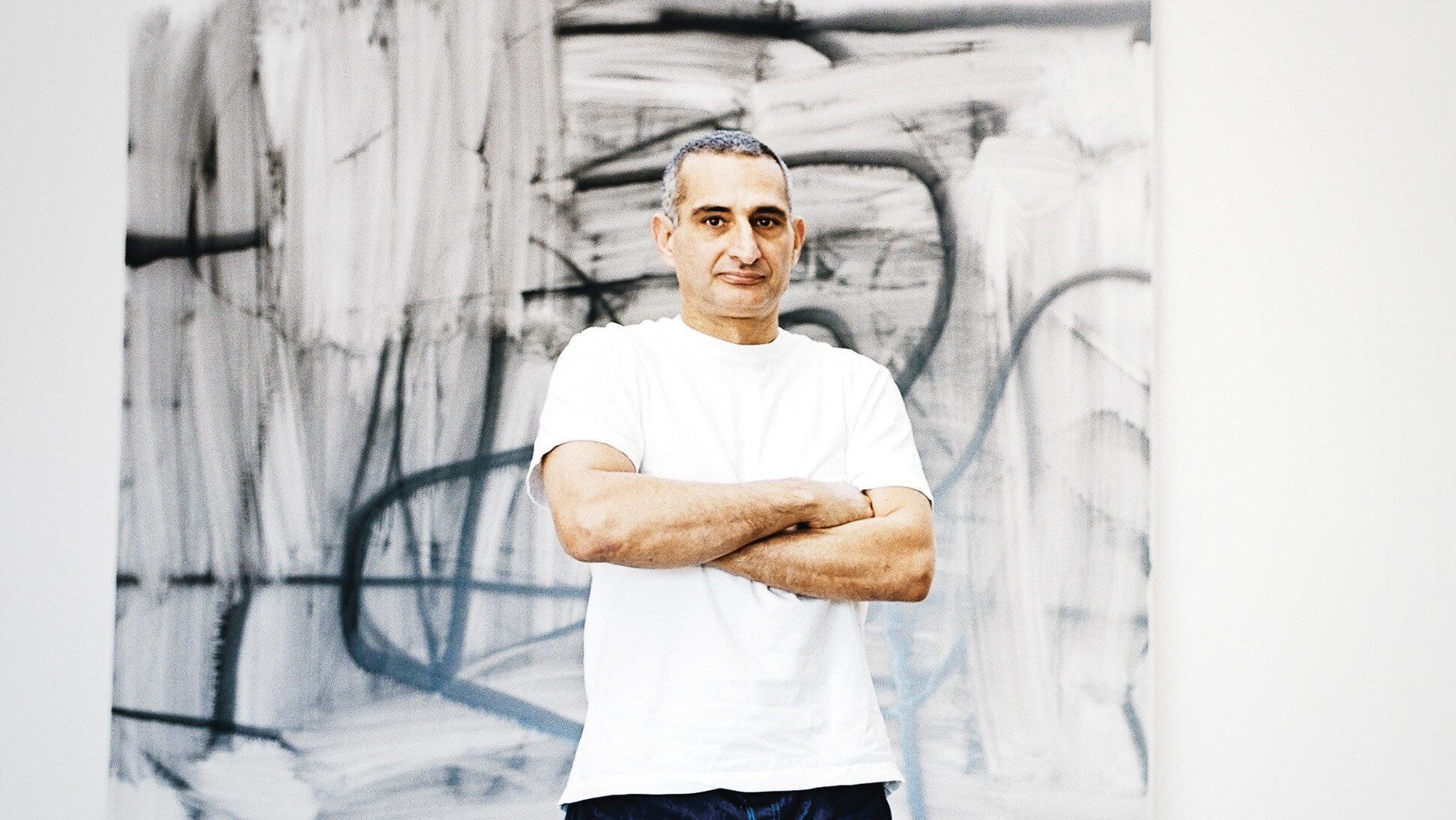 Christopher Wool was born in 1955 in Chicago, Illinois. Wool is best known for his paintings of large, black, stenciled letters on white canvases. However, Wool possesses a wide range of style—using a combined array of painterly techniques, including spray paint, silkscreen, and hand painting. Wool provides tension between painting and erasing, gesture and removal, depth and flatness. By painting layer upon layer of whites and off-whites over silkscreened elements used in previous works—monochrome forms taken from reproductions, enlargements of details of photographs, screens, and polaroids of his own paintings—he accretes the surface of his pressurized paintings while apparently voiding their very substance. Only ghosts and impediments to the field of vision remain, each fixed in its individual temporality. Through these various procedures of application and cancellation, Wool obscures the liminal traces of previous elements, putting reproduction and negation to generative use in forming a new chapter in contemporary painting. His paintings, therefore, can be defined as much by what they are not and what they hold back as what they are.
Christopher Wool’s work has been shown extensively around the world including venues such as the Museum of Modern Art, New York, Museum of Contemporary Art, Los Angeles, Museum Boymans-van Beuningen, Rotterdam, and the de la Cruz Collection. He was recently given the major retrospective “Christopher Wool,” Guggenheim, New York (2013; traveled to The Art Institute of Chicago). He has been featured in numerous international solo exhibitions including “Christopher Wool,” Gagosian Gallery, Rome (2010); “Christopher Wool,” Galerie Gisela Capitain, Cologne (2011); and “Christopher Wool,” Musée d’art Moderne de la ville de Paris (2012).