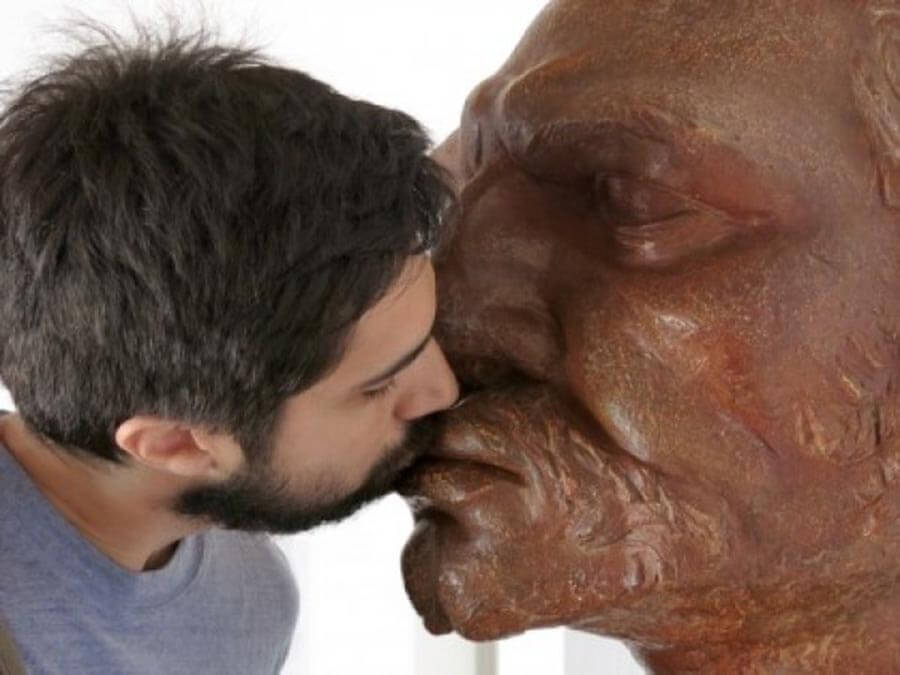 Yanov has studied at the most prestigious centers of art education in Argentina: the Universidad Torcuato Di Tella/Beca Kuitca (2010­2012), the Centro de Investigaciones Artísticas (CIA) (2009­2010), Intercampos/Fundación Telefónica (2007­2009). He participated in OMI international dance center (New York, 2014). Aside from visual arts he has studied theater and contemporary dance techniques and choreography.
In pursuit of a broader conception of authorship, Yanov and three other artists working in different fields founded the Rosa Chancho art collective in 2006, which is one of Argentinaʼs most innovative art groups, focusing on performative and relational work.
Osías Yanov’s work merges objects such as moving metal sculptures and moving bodies, often integrating the architectural environment as well. The abstract and rhythmic sculptures he creates —which usually can take several different configurations by assembling and disassembling them— are meant to be activated by the presence of one or more performers who interact with or mimic their shapes.
The aim of Yanov’s work goes beyond issues of gender identity, although this is at its origins. He aims at reconsidering the body as a reservoir of meaning and trusting its ability to communicate it; an attempt to overcome what he perceives as the over­conceptualization of art, on one hand, and predominantly visual formal art strategies on the other. He is also interested in liberating the body from the influences of the hyper­sexualized contemporary pop culture, which ultimately trivializes the dissenting and transforming power of what emerges from impulses of the body itself.