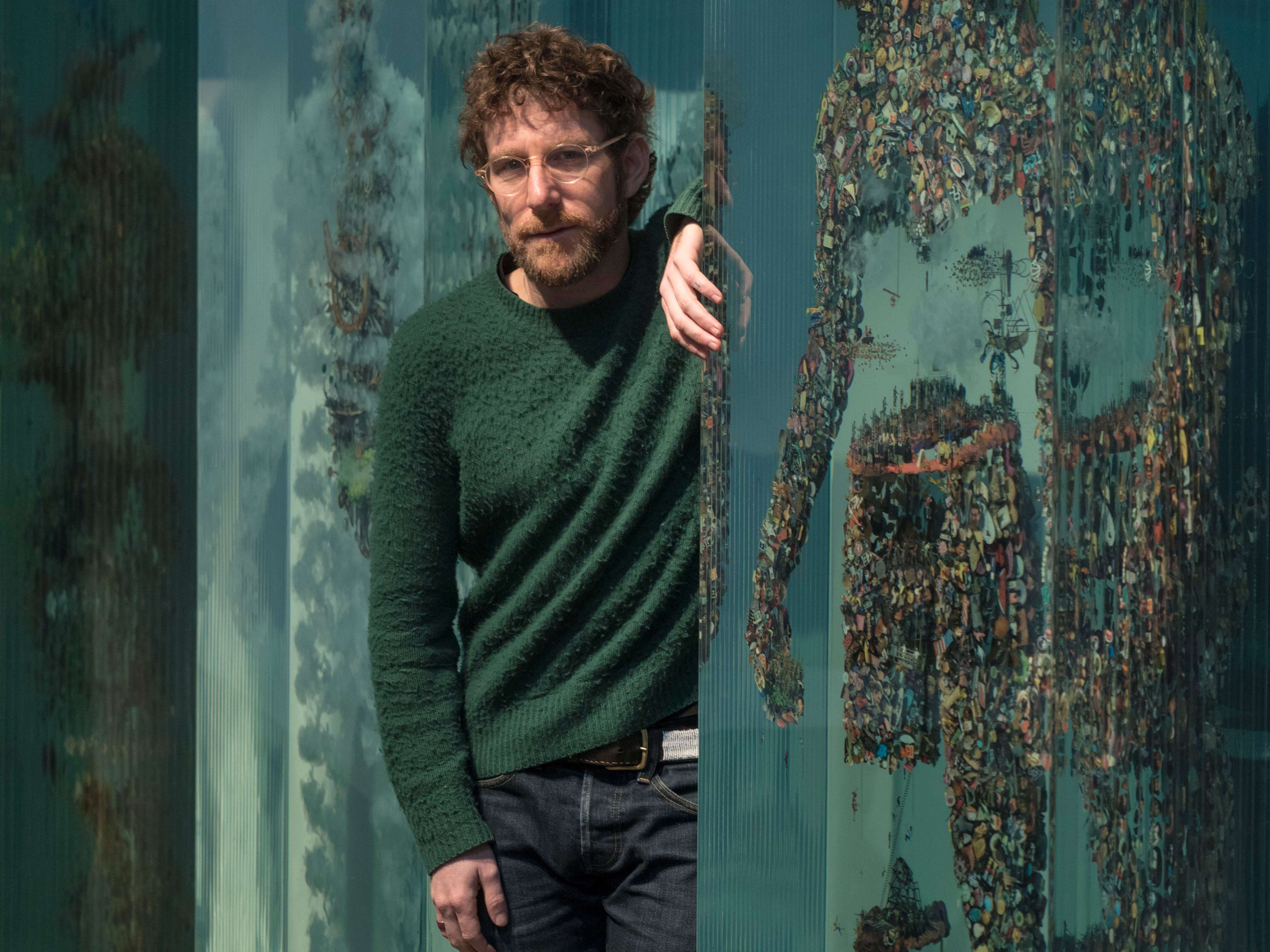 Dustin Yellin (B. 1975, California) is an artist who lives in Brooklyn, New York, and is the founder and director of Pioneer Works, a multidisciplinary cultural center in Red Hook, Brooklyn that builds community through the arts and sciences to create an open and inspired word. Drawing on both modernism, and the sacral tradition of Hinterglas painting, Yellin primarily works through a unique form of 3-dimensional photomontage, in which paint, and images clipped from various print media are embed within laminated glass sheets to form grand pictographic allegories. These totemic and kaleidoscopic works often plumb the history and fate of human consciousness within the Anthropocene. His work has been acquired by the Brooklyn Museum, while it has been exhibited at Lincoln Center for the Performing Arts in New York City as well as the Museo Del Palacio de Bellas Artes in Mexico City, amongst many others. Yellin is often featured in diverse media ranging from the New York Times, to Artforum, Vanity Fair, and TED. He holds an Honorary Doctor of Humane Letters from the Savannah College of Art and Design.