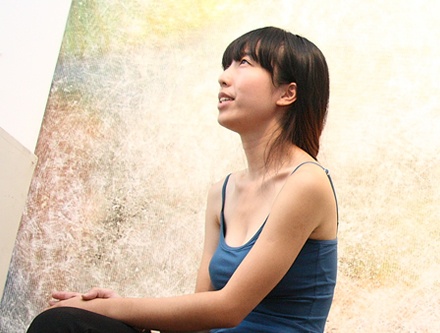 Yu Ji, also known as Ji Hongyu had his undergraduate study in drawing and painting at Central Academy of Fine Arts in Beijing, China (1977-81). He came to the United States in 1983 and studied at State University of New York College at New Paltz, where he earned his MFA degrees in painting/drawing (1986) and in printmaking (1989). As a scholarship recipient, he participated in the La Napoule Art Foundation’s figurative painting workshops in France (1985) and at University of New Hampshire (1986). He was also awarded the Charles H. Revson fellowship for his post-graduate study at New York Studio School (1986-87).
As a studio painter, Yu Ji concentrates on a figurative approach to painted form and experiments with pictorial compositions exploring images of contemporary urban life. In his early years of art study, Yu Ji was fortunate to study privately with some of China’s most respected painters while surviving Mao’s Cultural Revolution (1966-76) as a sent-down youth laboring in a remote mountain village. After the Cultural Revolution, he received an opportunity to study drawing and painting at the Central Academy of Fine Arts, which prepared him with a solid foundation and led him to his first teaching position at the Academy in its pre-college program. By pursuing his education in American graduate school, he was influenced by both contemporary American figurative painters and several New York formalist artists whose teaching challenged him to deepen his understanding of pictorial expression and establish an open perspective for professional studio practice.
Yu Ji’s artwork has been recognized for its elaborate compositions based on observational sketchbook studies and for pictorial interpretations of figurative form in space. During the past years, his drawings and paintings have been exhibited in Beijing, New York, Chicago, Philadelphia, Kansas City and Los Angeles. In support of his studio research, he has received grants from the Utah Arts Council, Illinois Arts Council and Marie Walsh Sharpe Art Foundation for his urban studies, as well as research grants from Eastern Illinois University and California State University, Long Beach. In addition to gallery exhibitions, his portrait of Sir James Mirrlees has joined the permanent collection at Scottish National Portrait Gallery in Edinburgh, Scotland. (find Yu Ji from Artists A-Z at www.nationalgalleries.org/index.php/collection/online_az/4:322/results/0/92339/).
Having been involved in studio teaching, Yu Ji’s university tenure includes teaching positions at the Senior High School of Central Academy of Fine Art in Beijing (1981-83), Southern Utah University (1989-94) and Eastern Illinois University (1994-99). Currently he is teaching life drawing and painting at California State University, Long Beach (1999-Present). In addition to an active participation in visiting artist programs to many art schools across the country, he has traveled to China during recent years as a visiting artist to a series of fine art institutes that includes Guangzhou, Tianjin, Hubei Academies of Fine Arts, Hebei Normal University, Northeast Normal University, and Beijing Collage of Clothing and Fashion Design. He has also helped establish an exchange program between California State University in Long Beach and China’s fine art academies in Guangzhou and Tianjin.

Exhibitions
Inside China: l’Interieur du Geant
Dedicated to the discovery and presentation of emerging art scenes in China and France, a long-term collaboration...
11 Mar 2015 - 03 May 2015
K11 Pop-Up Space
Hong Kong

am Art Space
Non-Profit in Shanghai