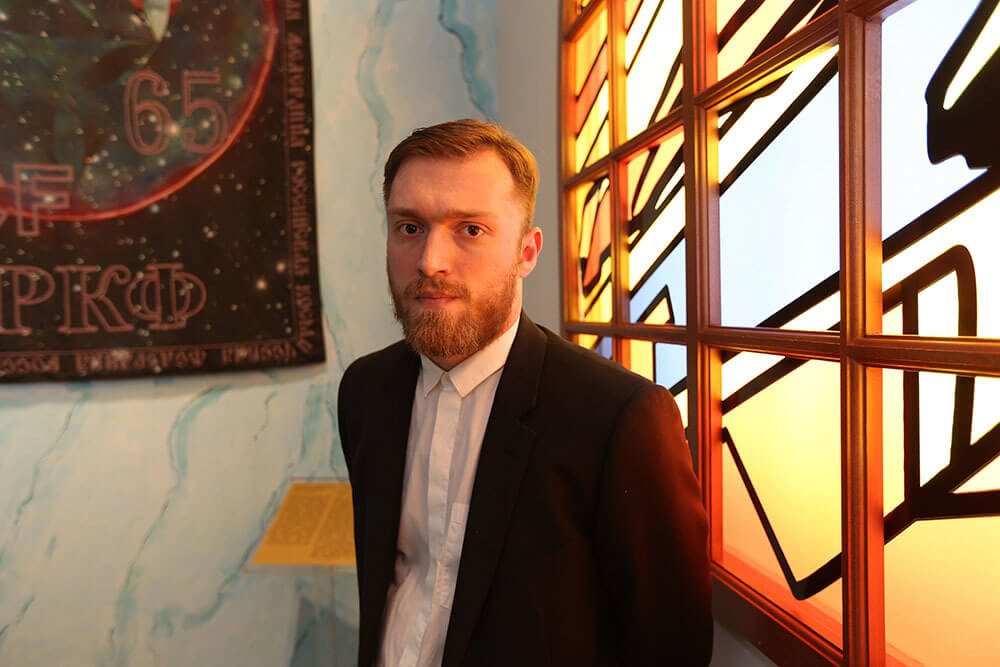 Using artistic, political, scientific, and museological histories to uncover and propose potential futures, Arseny Zhilyaev explores a productive space between fiction and non-fiction. Within his recent projects, the artist casts a revisionist lens on the heritage of soviet museology and meaning of museum in Russian Cosmism. Zhilyaev is an editor of Avant-Garde Museology, V-a-c Press with E-flux and Minnesota Press, 2015. Since 2011, artist has also been a member of the editorial board of the Moscow Art Magazine. He is a contributor of E-flux Journal and other. Zhilyaev graduated from Voronezh State University, Philosophical Faculty (2006); Moscow Institute of Contemporary Art (2008); and MA International Programs, Valand School of Fine Arts, Goteborg, Sweden (2010). Recent accolades include Russian awards in the sphere of contemporary art, and a nomination for the Visible Award in 2013.
Arseny Zhilyaev is the winner of the “Innovation VI” russian state award in the sphere of contemporary art, the special prize of Stella Art Foundation in 2010, the russian award “Soratnik 2010” and “Soratnik 2012” (“Companion-in-Arms”). The artist was nominated for the international Visible Award 2013 and Absolute Award 2015. In 2013-2014 Zhilyaev was awarded a scholarship within the program of Contemporary Art Museum “Garage” (Moscow) to support young Russian artist .