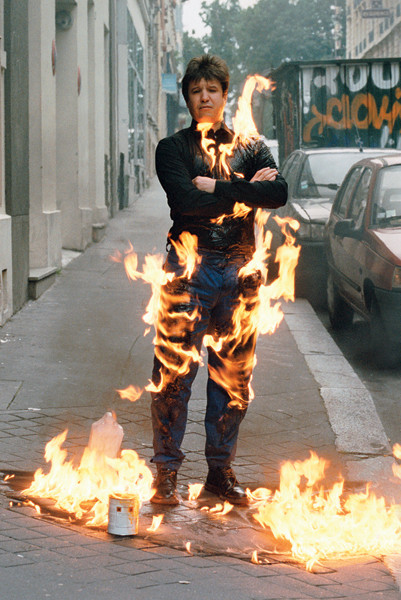 Adel Abdessemed (1971; Constantine, Algeria) has worked with a variety of media, including animation, installation, performance,
sculpture and video. Some of his work relates to the topic of violence in the world.
By growing up in Algeria amid civil war tensions, Abdessemed has been greatly affected by the media exposure of the Gulf War and its global impact. Although his works address violence and human cruelty, they also convey positive messages.
His work has been the subject of numerous solo exhibitions over the past thirty years, at the MoMA PS1 in New York, the MIT List Visual Arts Center in Cambridge, Massachusetts, the Magasin – Centre national d’art contemporain in Grenoble, the Parasol Unit in London, at the Fondazione Sandretto Re Rebaudengo in Turin, at the Musée national d’Art moderne – Centre Pompidou in Paris, among the others. His work has been presented at four Venice Biennale (2003, 2007, 2011, 2015), where he won the Benesse Prize (2007), at two Istanbul Biennales (2007, 2017), as well as at the Biennales of São Paulo (2006), Lyon (2007), Gwangju (2008) and Havana (2009).