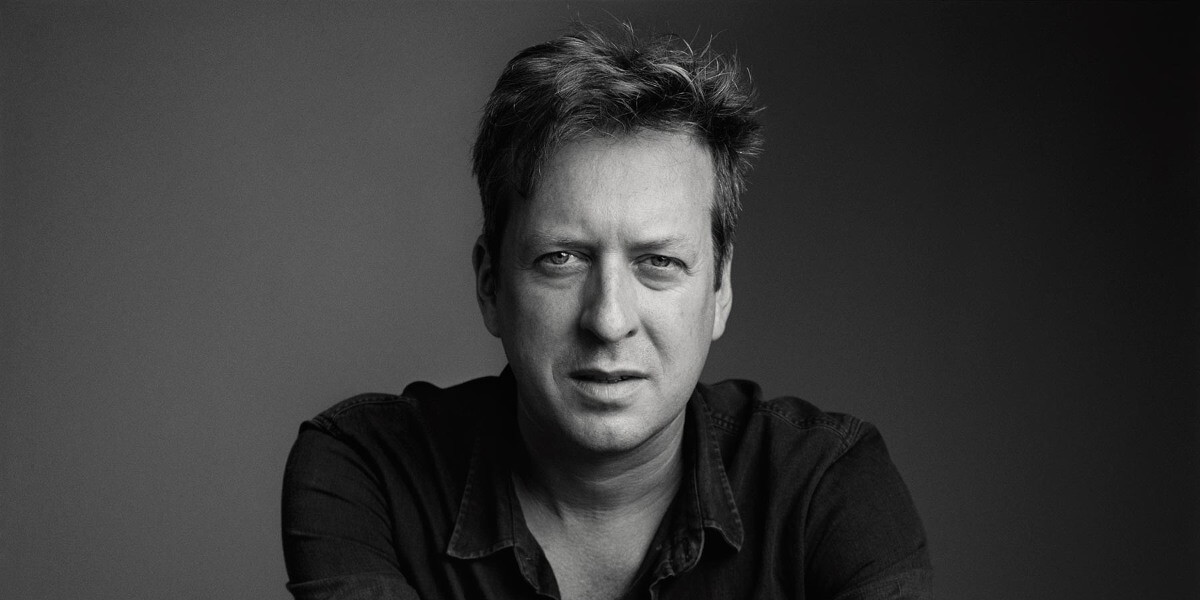 Aitken’s body of work ranges from photography, sculpture, and architectural interventions, to films, sound, single and multi-channel video works, and installations. His work has been featured in numerous solo and group exhibitions around the world, in such institutions as the Whitney Museum of American Art, The Museum of Modern Art, the Vienna Secession, the Serpentine Gallery in London and the Centre Georges Pompidou in Paris. He participated in the Whitney Biennial 1997 and 2000 and earned the International Prize at the Venice Biennale in 1999 for the installation “electric earth”. Aitken received the 2012 Nam June Paik Art Center Prize, and the 2013 Smithsonian Magazine American Ingenuity Award: Visual Arts.
Aitken’s “Sleepwalkers” exhibition at MoMA in 2007 transformed an entire block of Manhattan into an expansive cinematic experience as he covered the museum’s exterior walls with projections. In 2009, his Sonic Pavilion opened to the public in the forested hills of Brazil at the new cultural foundation INHOTIM. Continuing his work in innovative outdoor projects, Aitken presented his large-scale film and architecture installation, “Frontier”, on Rome’s Isola Tiberina in 2009 and in Basel in 2010. The multiform artwork “Black Mirror” engaged a site-specific multi-channel video installation and a live theatre performance on a uniquely designed barge floating off Athens and Hydra Island, Greece in 2011.
“Altered Earth” was a site-specific earthwork which explored the ever-changing landscape of Arles, France through moving image, sound and architecture commissioned and produced by the LUMA Foundation in 2012. “SONG 1”, also took place in 2012 and wrapped the Hirshhorn Museum in Washington DC in 360-degree panoramic video projections, transforming the concrete exterior into an audiovisual spectacle. The vintage hit, “I Only Have Eyes For You” was continually reworked and reimagined as “SONG 1” slowly unfolded over the museum’s giant, circular surface.
In 2013, Aitken created “MIRROR” an urban earthwork, at the Seattle Art Museum, which transformed the museum exterior into a living kaleidoscope. The work utilized hundreds of hours of footage changing in real time in response to the movements and life around it.
Aitken curated Station to Station, which took place over the course of three weeks in September 2013. A train, designed as a moving, kinetic light sculpture, broadcast unique content and experiences to a global audience as it traveled from New York City to San Francisco making nine stops along the way. Station to Station connected leading figures and underground creators from the worlds of art, music and culture for a series of cultural interventions and site-specific happenings.

Exhibitions
Doug Aitken: I Only Have Eyes for You
The artist’s first solo exhibition in Finland
18 Sep 2020 - 10 Jan 2021
Museum of Contemporary Art Kiasma
Helsinki
Art Spaces