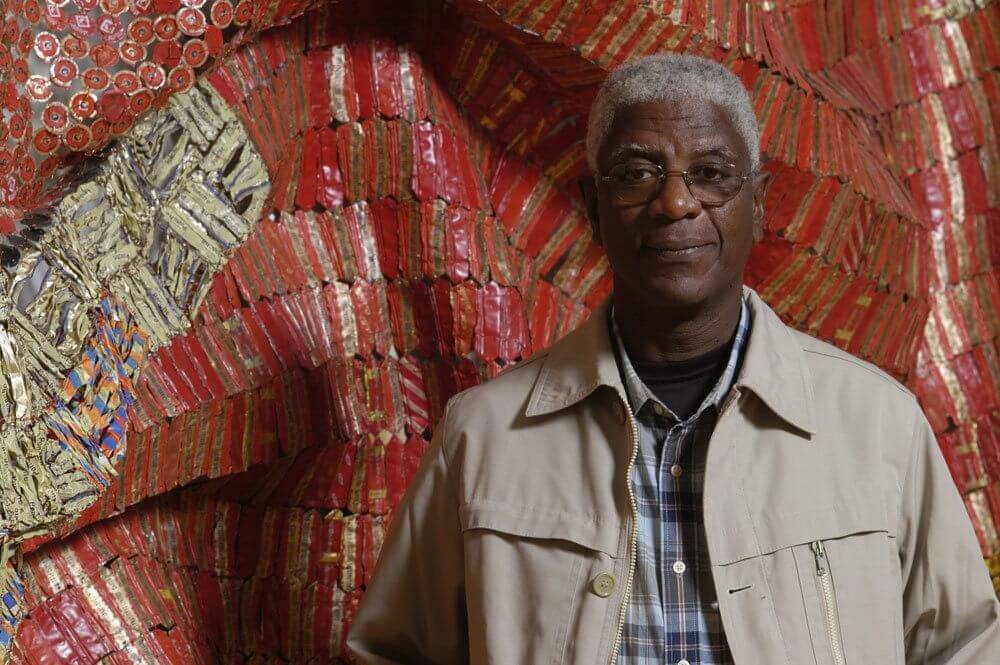 Emerging as an artist during the vibrant West African post-independence art movements of the 1960s and 1970s, El Anatsui has gone on to receive international acclaim for his constantly evolving and highly experimental sculpture. Born in the Volta region of Ghana in 1944, he studied at the College of Art in what is now called the Kwame Nkrumah University of Science and Technology in Kumase from 1965 to 1969. After teaching in Ghana, he assumed a teaching post at the University of Nigeria-Nsukka (UNN) in Enugu Province in 1975. He currently holds the position of head of sculpture at UNN, and his influence upon young artists in Nigeria and elsewhere in West Africa has been profound.
Although Anatsui’s work attracted particular attention in the recent landmark exhibition Africa Remix–which was presented from 2004 to 2007 in Düsseldorf, London, Paris, Tokyo and Stockholm–his exhibition history spans three decades. In addition to frequent exhibitions in Nigeria and throughout Africa, his work has been shown widely in Europe, the United States and Japan as well as at the Venice, Havana and Johannesburg biennales. His sculpture is held in numerous public collections around the world, including the National Museum of African Art, Smithsonian Institution. Anatsui continues to live and work in Nsukka, Nigeria, but maintains close connections with his native Ghana.