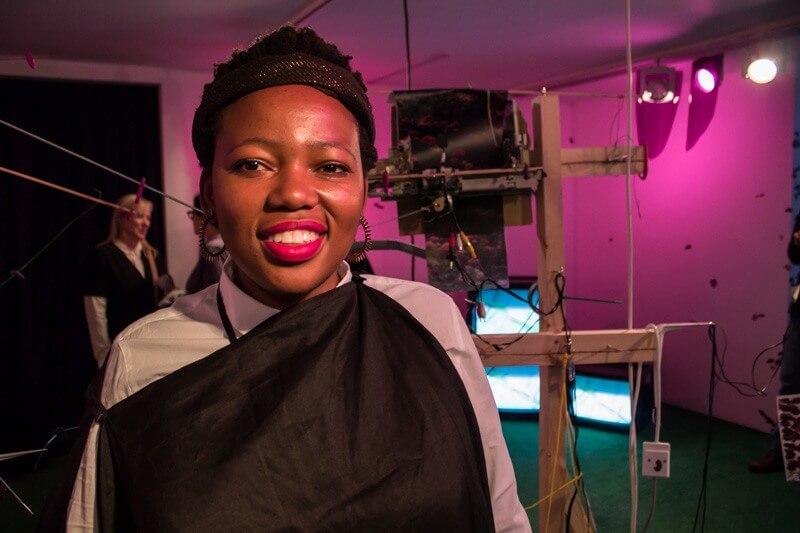 Dineo Seshee Bopape was born in 1981. Bopape spent her youth in Limpopo in varying social situations. At 12 years of age she began to follow a hunger for an elsewhere, beginning with Durban where she spent some years and studied painting and sculpture. She is a 2007 graduate of De Ateliers in Amsterdam and in 2010 completed an MFA at Columbia University, New York. She was the winner of the 2008 MTN New Contemporaries Award, and the recipient of a 2010 Columbia University Toby Fund Award. She has shown her work in major and minor national and international exhibitions.