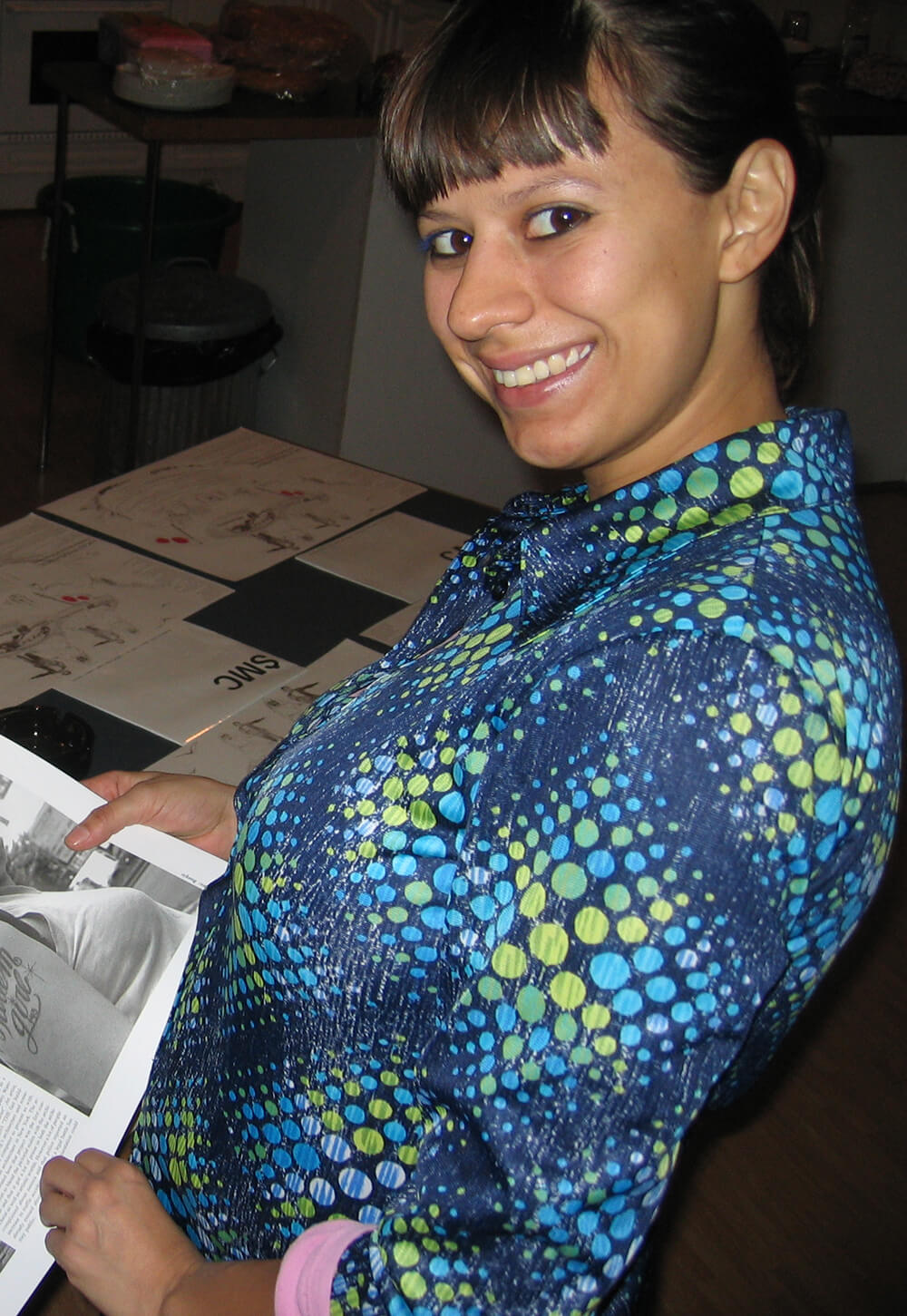 Carolina Caycedo engages with issues and contexts that affect a broad public on an everyday level: in her work, art functions as a pretext for offering up utopian models to inhabit a world in which individuals and communities are increasingly subject to com-modification, exploitation, and discrimination. As part of the colombian art collective Colectivo Cambalache, she helped conceive the project “Museo de la calle” (1999–2002) — an ambulatory and constantly shifting archive of objects initially collected by barterin in one of the city’s most marginal neighborhoods and then circulated and displayed around Bogotá and eventually abroad.
With her individual project “Daytoday” (2002–09), she lived for brief periods of time without any money in cities like Vienna, New York, and London, subsisting by bartering services she could offer — for example, haircuts or Spanish lessons — in exchange for basic things like food or a place to sleep but also non essential goods and services like a digital camera or an invitation to a party. Her experience demonstrated that bartering is as much a form of social exchange as it is an economic one.
Caycedo’s complicated biography has inevitably influenced the content of her work — she was born in the UK, grew up in Colombia, and started a family in Puerto Rico, before residing in multiple cities in Europe and the US. But rather than employ apolitical terms like «nomadic» or «globetrotting», the artist refers to herself as an immigrant, in order to emphasize the fact that uninhibited travel has become possible only for a relatively small elite, and that even as a part of this elite, most artists live under precarious economic conditions. Her 2003 video “How to obtain a British passport” shows a civil marriage ceremony as well as the negotiations that proceeded it when a Colombian friend, threatened with expulsion from the UK, asked her to help him obtain the British nationality by marrying him in exchange for 3,000 pounds. The following year, Caycedo organized a public march in Hackney, London, in which participants carried a large banner that read «immigrants influence home cultures» — the first of a series of banners with political messages that function as both affirmations and calls to action.
Much of Caycedo’s work is enacted and exists solely in public space as a form of urban intervention. In “Offerings”, 2011, she collaborated with religious and social activist groups on Manhattan’s Lower East Side to organize two candlelight ceremonies whose themes were illumination and pilgrimage, labor rights and immigration. over the course of a weekend, people from all walks of life were invited to gather around shrines of votive candles with screen-printed messages such as «better conditions for cultural workers» or «sustainable thinking» in an event that revisited the notion of art’s redemptive power.
(Michelle Faguet, 2012)
She has been invited to be a 2012 artist in residence at the German Academic Exchange Service (DAAD) in Berlin. Caycedo received the Cultural Exchange International grant from the Los Angeles Department of Cultural Affairs in 2009, a 2005 fellowship of the Arts and Humanities Research Board in London, a Cultural Diversity Award from London Arts in 2002, and a 2001 year of the artist residency from the Arts Council in UK. Carolina Caycedo lives and works in Los Angeles and Berlin.

Exhibitions
How to Talk with Birds, Trees, Fish, Shells, Snakes, Bulls and Lions
The exhibition started from a conversation between late Senegalese artist Issa Samb and the trans-disciplinary...
16 Nov 2018 - 12 May 2019
Hamburger Bahnhof – Museum für Gegenwart
Berlin