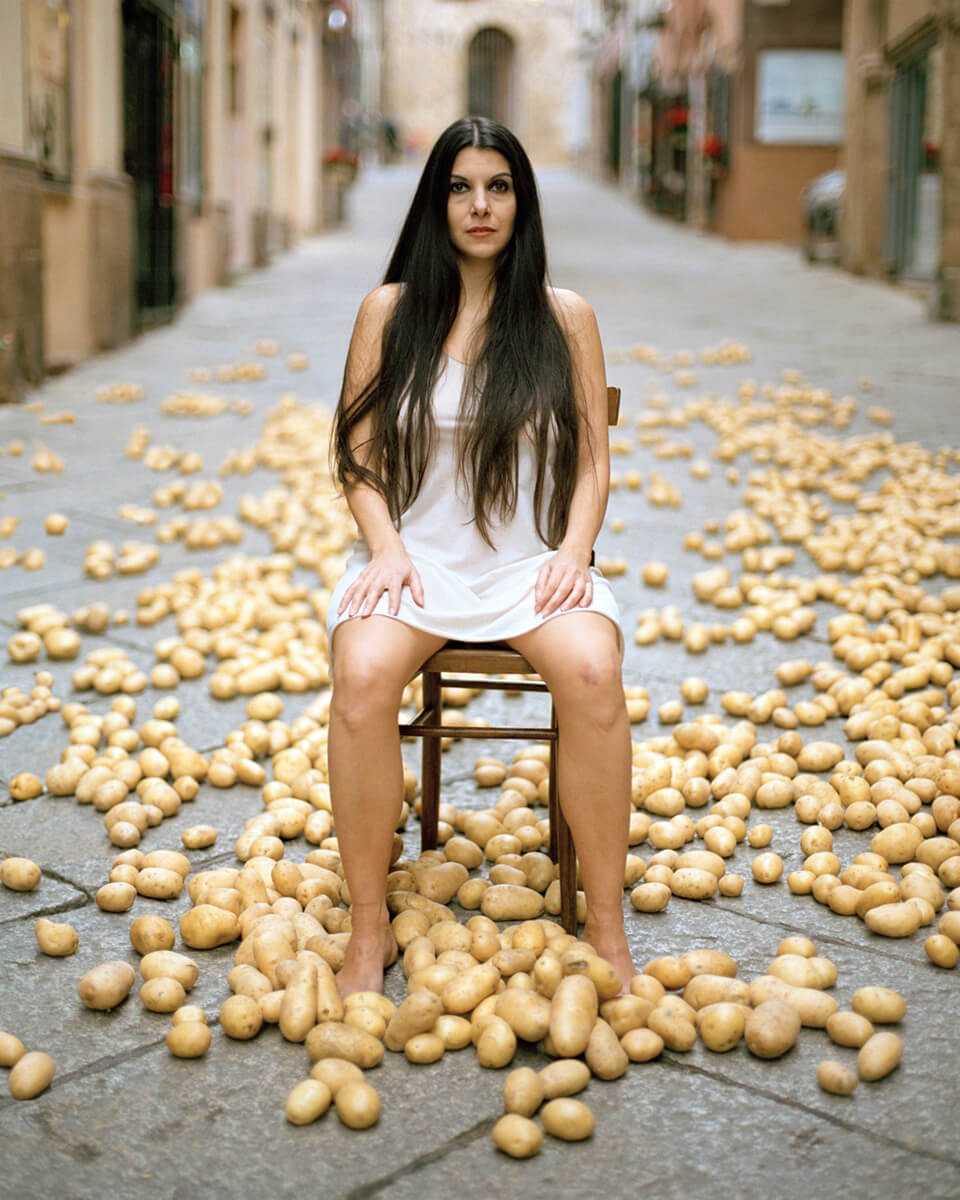 Romina De Novellis is a performer artist (born in Naples, 1982, has lived in Rome since 1985, she lives and works in Paris since 2008). After few years dedicated to dance and theatre, she lands in the performing art scene cutting off both speech and choreography from her artistic research, deciding to focus on the language of gestures, overall replacing the body in a urban environment. In 1999, she graduates from the Royal Academy of Dance of London method (RAD certification) and continues her studies at the DAMS of the University of Rome 3, she was Luigi Squarzina’s art director assistant for the Opera Theatre in Rome. In Paris, she studies anthropology (ph D) at the EHESS. As an artist, Romina De Novellis is represented by Alberta Pane Gallery, in Paris and Dafna Gallery, in Naples. Traces of her work are collected as photos and videos shot by her husband Mauro Bordin, artis painter and photographer and she collaborate with some other photographer and film makers, as Andrés Arce Maldonado.