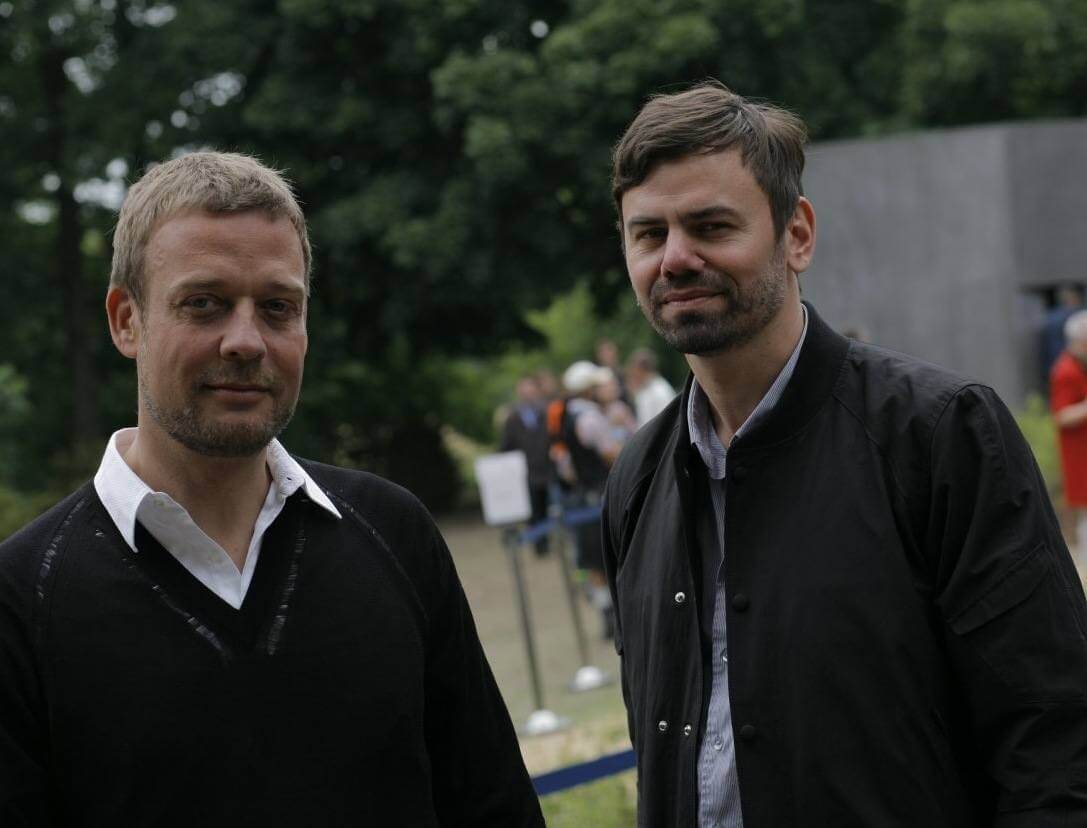 The duo met in Copenhagen in 1995, when Michael Elmgreen, who was born in the city in 1961, was writing and performing poetry, and Ingar Dragset, a Norwegian born in 1969, was studying theater. For the first 10 years of their artistic collaboration, they were a couple. They moved to Berlin in 1997. In 2006, they bought a large 1000m2 former water-pumping station dating to 1924 in Berlin’s Neukölln borough from the city and converted it into a home and studio. For a time both men lived in the building, each occupying one of the five stories that make up the rear section of the pumping station. In 2008, Elmgreen moved to London.
Since 1997, the artists have presented a great number of architectural and sculptural installations in an ongoing series of works entitled ‘Powerless Structures’ in which they transformed the conventions of the ‘white cube’ gallery space, creating galleries suspended from the ceiling, sunk into the ground or turned upside down.For the Istanbul Biennial in 2001, they constructed a full-scale model of a typical Modernist Kunsthalle descending into the ground while located outdoor among ancient ruins. Their work has also been shown in the Berlin, São Paulo, Gwangju, Moscow, Singapore, and Liverpool Biennials.

Exhibitions
Gartenschau
This year for the first time, St. Agnes’s Garden is open to the public. The garden is divided into...
14 Sep 2016 - 30 Sep 2017
König Galerie
Berlin