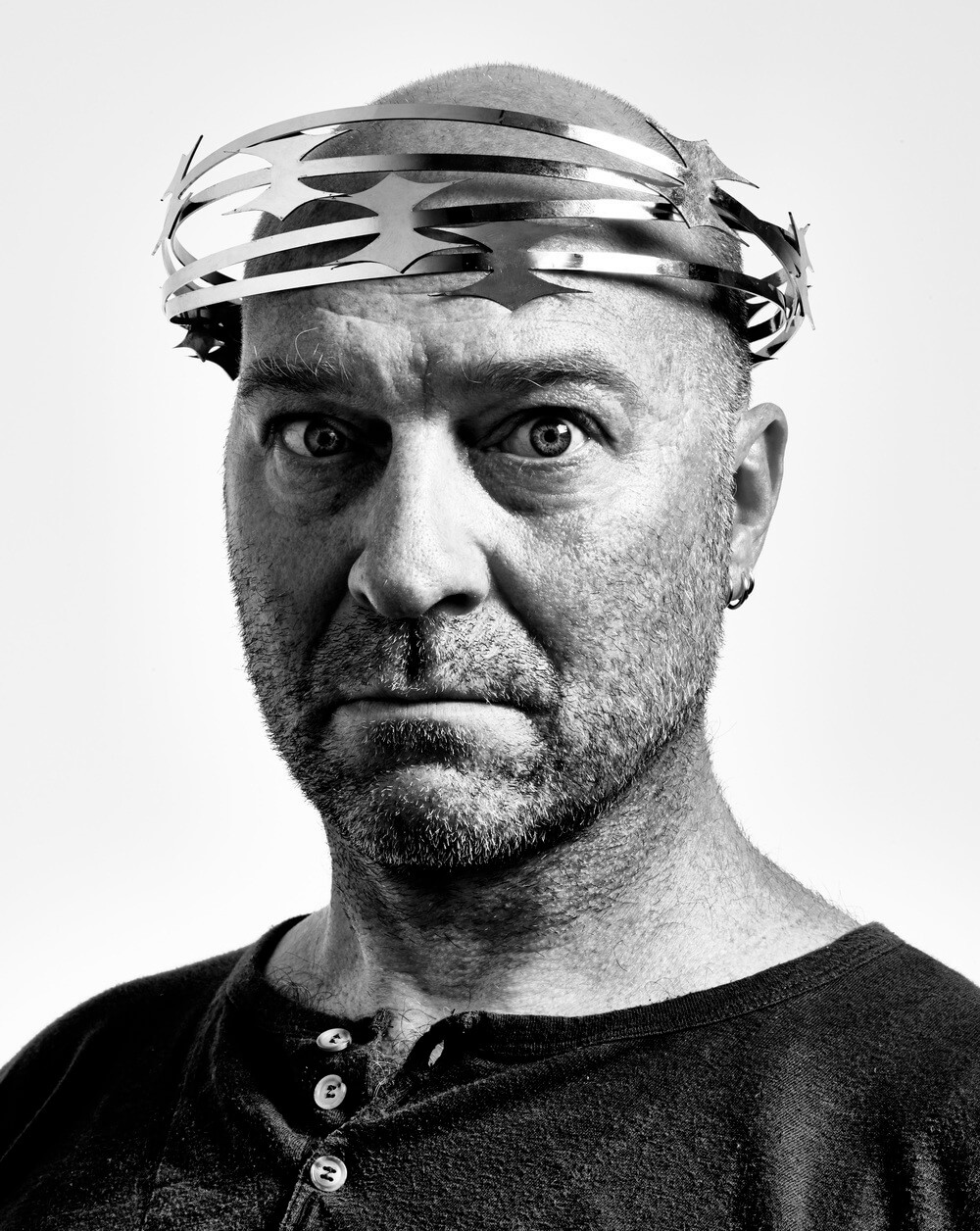 Kendell Geers was born in Johannesburg as Jacobus Hermanus Pieters Geers into a white working-class Afrikaans family during the time of apartheid. Rejecting everything his family and his community stood for, in 1993 he changed his name to Kendell Geers and his date of birth to May 1968 as a political act, reclaiming his identity. Becoming aware of the political struggles in his country, he ran away from home at the age of 15 to get involved in the anti-apartheid movement. Kendell finished his schooling at the end of 1984. At the beginning of 1985, to avoid conscription, he enrolled at the University of the Witwatersrand in Johannesburg for a Fine Arts degree.
In 1988, Kendell Geers was one of 143 young men who publicly refused to serve in the South African Defence Force and faced either a life in exile or six years’ imprisonment in a civilian jail. In 1989 he left South Africa and lived for a brief period in exile in the United Kingdom and New York where he worked as an assistant to artist Richard Prince.
It was only after Nelson Mandela and other political prisoners’ release from prison, that Geers could return from exile to Johannesburg without fear of being imprisoned. In 1990, he returned to Johannesburg where he worked as an artist, and art critic, curator and performance artist. The first work of art he created back on South African soil was “Bloody Hell”, a ritual washing of his white Afrikaaner Boer body with his own fresh blood. He moved to Brussels in 2000.

Exhibitions
Planet B: Climate Change and the New Sublime
The first exhibition of Radicants, the international curatorial cooperative launched by Nicolas Bourriaud in January 2022, reflects on the aesthetic notion that determines the Anthropocene.
20 Apr 2022 - 27 Nov 2022
Palazzo Bollani
Venice
Art Spaces