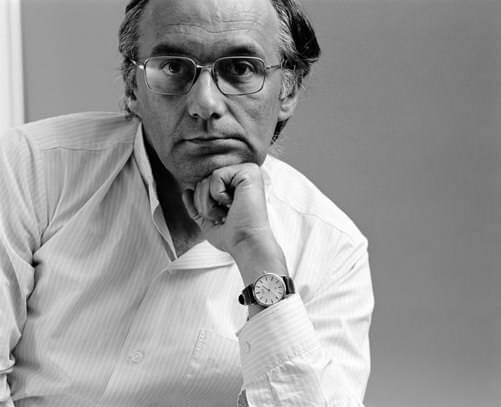 Luigi Ghirri was one of the most important and influential figures in contemporary photography, he started his career in 1970, adopting an approach that was greatly influenced by conceptual art. His research soon attracted international attention. In 1975 “Time-Life” included him among the “Discoveries” of its Photography Year, and he showed at the Photography as Art, Art as Photography exhibition at Kassel. In 1982 he was invited to the Photokina in Cologne, where, in the Photographie 1922-1982 exhibition, he was presented as one of the twenty most significant photographers of the 20th century. Towards the end of the 1970s, Ghirri began exhibiting with increasing frequency, and it was in this same period that the idea of doing some large-scale cultural promotion began to take shape. He worked on a number of publishing projects for the publishing house Punto e Virgola, which he founded together with Paola Borgonzoni and Giovanni Chiaramonte (1978-1980), and then on the organization of exhibitions such as Iconicittà (1980), Viaggio in Italia (1984) and Esplorazioni sulla Via Emilia (1986), which drew him into the center of lively debate. He completed a range of public and private commissions in the 1980s, interpreting architecture and the Italian landscape, and offering a reading of the work of a number of prominent architects. In 1985 Aldo Rossi invited him to work on the architecture section of the Venice Biennale and in 1988 he curated the photography section of the Milan Triennale. His long and deep reflection on the landscape theme culminated at the end of the 1980s with the pubblication of Paesaggio Italiano and Il profilo delle nuvole, both appeared in 1989. His art has been the subject of many books and his works are held in various museums around the world, including the Stedelijk Museum (Amsterdam), Musée-Chateau (Annecy), Musée de la Photographie Réattu (Arles), Polaroid Collection (Cambridge, Massachusetts), Musée Nicéphore Niépce (Chalonsur-Saone), Museum of Fine Arts (Houston), Museo della Fotografia Contemporanea (Cinisello Balsamo, Milan), Archivio dello Spazio – Amministrazione Provinciale (Milan), Galleria Civica (Modena), Canadian Centre for Architecture- Centre Canadien d’Architecture (Montreal), Museum of Modern Art (New York), Cabinets des estampes- Bibliotèque Nationale (Paris), Fond National d’Art Contemporain (Paris), Collection Fnac (Paris), Centro Studi e Archivio della Comunicazione (Parma), Biblioteca Panizzi-Fototeca (Reggio Emilia), Palazzo Braschi-Archivio Fotografico Comunale (Rome).