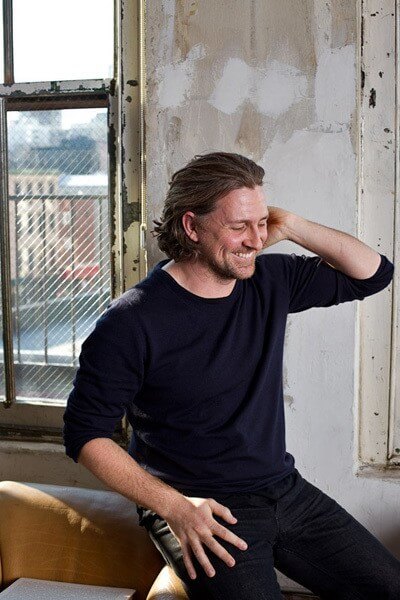 Wade Guyton (American, b.1972) is a printmaker best known for his black monochromes made with an Epson inkjet printer. Born in Hammond, IN, Guyton studied at the University of Tennessee, and later at Hunter College in New York. In his early work, Guyton used a desktop printer to lay black X-shapes, which would become his signature mark, over pages taken from interior design catalogues. His work recycles images using inkjet printing, photo silk screening, and stenciling to imitate Abstract painting. For his series of large-scale untitled works from 2007–2008, Guyton printed black ink on pieces of stretched linen using an Epson 9600 printer. These works appear to follow the tradition of Abstract Expressionism, but the inconsistencies on the surface of the canvases depend on the amount of ink in the printer, not on the artist’s hand. Guyton questions the value of artistic skill in age when Abstract Art is proliferated by mechanical reproduction. In 2009, he began a series of black-and-white stripes produced by printing digital files of the stripes on pieces of folded linen, which record inconsistencies in ink and the scratches made by dragging the fabric across the floor to feed into the printer. Guyton’s work has been exhibited at the Kunsthalle Zürich in Switzerland, the Museo d’Arte Moderna in Bologna, and MoMA PS1 in New York. He lives and works in New York.