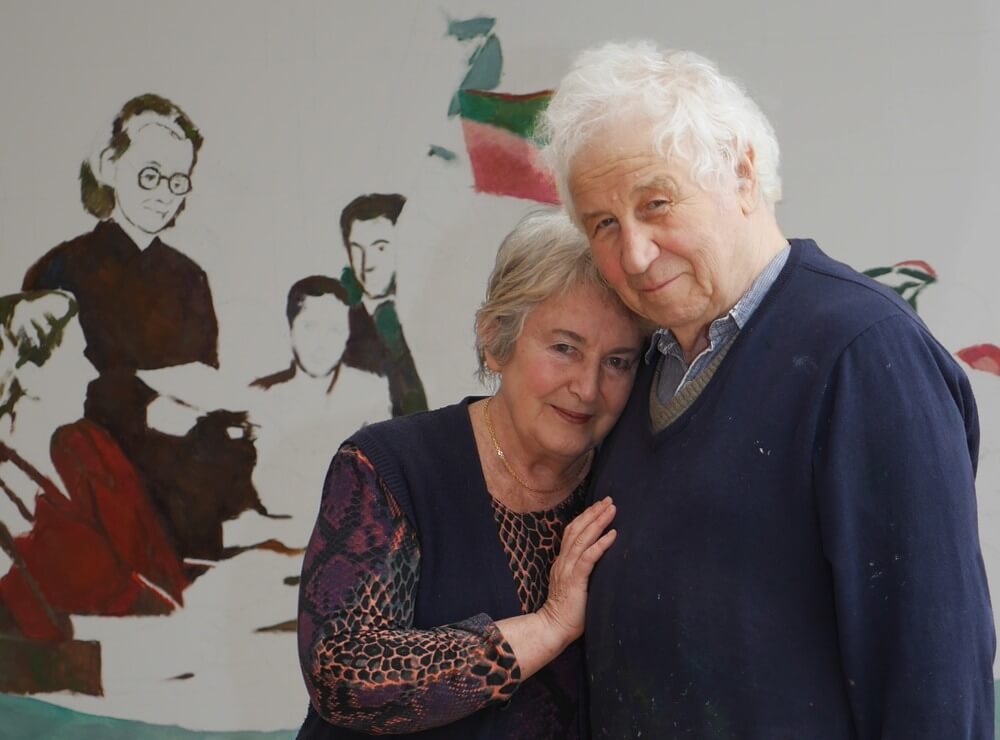 Ilya Kabakov was born in Dnepropetrovsk, Soviet Union, in 1933 and studied at the VA Surikov Art Academy in Moscow. He was part of a group of Conceptual artists in Moscow who worked outside the official Soviet art system. In 1985 he received his first solo show exhibition at Kunsthalle Bern, with another show following at Dina Vierny Gallery, Paris. He moved to the West two years later taking up a six months residency at Kunstverein Graz, Austria. In 1988 Kabakov began working with his future wife Emilia. From this point onwards, all their work was collaborative, in different proportions according to the specific project involved. Today they are recognised as the most important Russian artists to have emerged in the late 20th century. Their installations speak as much about conditions in post-Stalinist Russia as they do about the human condition universally. Utopia is a major theme in their work.
Emilia Kabakov (nee Lekach) was born in Dnepropetrovsk, Soviet Union, in 1945. She attended Moscow Music School, Music College in Irkutsk and Dnepropetrovsk in addition to studying Spanish language and literature at the Moscow University. She immigrated to Israel in 1973, and moved to New York in 1975, where she worked as a curator and art advisor.  She worked for 7 years as an adviser to a private group of investors.
Their work has been shown in museums including the Museum of Modern Art, NY, the Pompidou Centre, the Hirshhorn Museum in Washington DC, the Stedelijk Museum in Amsterdam, Documenta IX, at the 1997 Whitney Biennial and the State Hermitage Museum in St. Petersburg among others. In 1993 they represented Russia at the 45th Venice Biennale with their installation The Red Pavilion. The Kabakovs have also completed many important public commissions throughout Europe and have received a number of honours and awards, including the Oscar Kokoschka Preis, Vienna, in 2002 and the Chevalier des Arts et des Lettres, Paris, in 1995.
The Kabakovs live and work in Long Island.