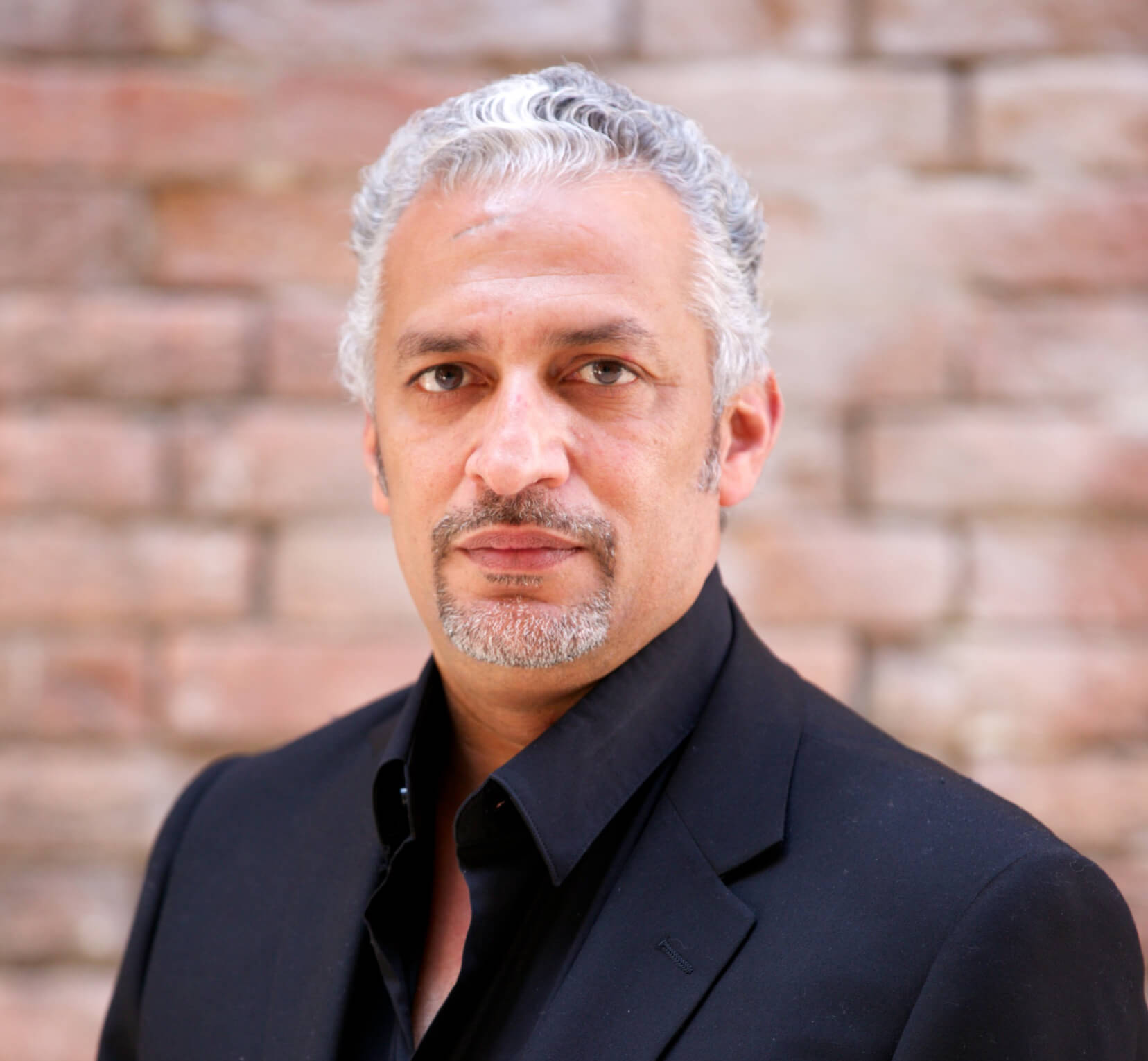 Mohammed Kazem studied Fine Arts at the Emirates Fine Arts Society, Sharjah and subsequently studied music at Al Rayat Music Institute of Dubai and painting at the Edinburgh College of Art. From 1999 to 2009 he was a Painting Instructor at the Dubai Art Atelier. Since 1984 has been a member of the Emirates Fine Arts Society. In 2012, Kazem completed a Masters Degree in Fine Arts at the University of the Arts, Philadelphia. Kazem’s works have been selected for Biennials and exhibitions around the world for over two decades, including Moscow, Holland, Singapore, Japan, Egypt, India, Germany, and Cuba. He has also taken part in several Sharjah International Art Biennials and was awarded first prize for his installation in 1999 and 2003. Kazem was the curator of the 8th Sharjah Biennial in 2007. Since then, he was the curator of The Flying House from 2007-2011, while simultaneously curating exhibitions in Spain, Switzerland, and in the UAE. His works have been collected by private and public institutions such as Deutsche Bank, JP Morgan Chase, Foundation Louis Vuitton, MATHAF Doha, and Sharjah Art Foundation.
In 2011 Kazem opened his own studio, Empty10, in Al Quoz, Dubai.