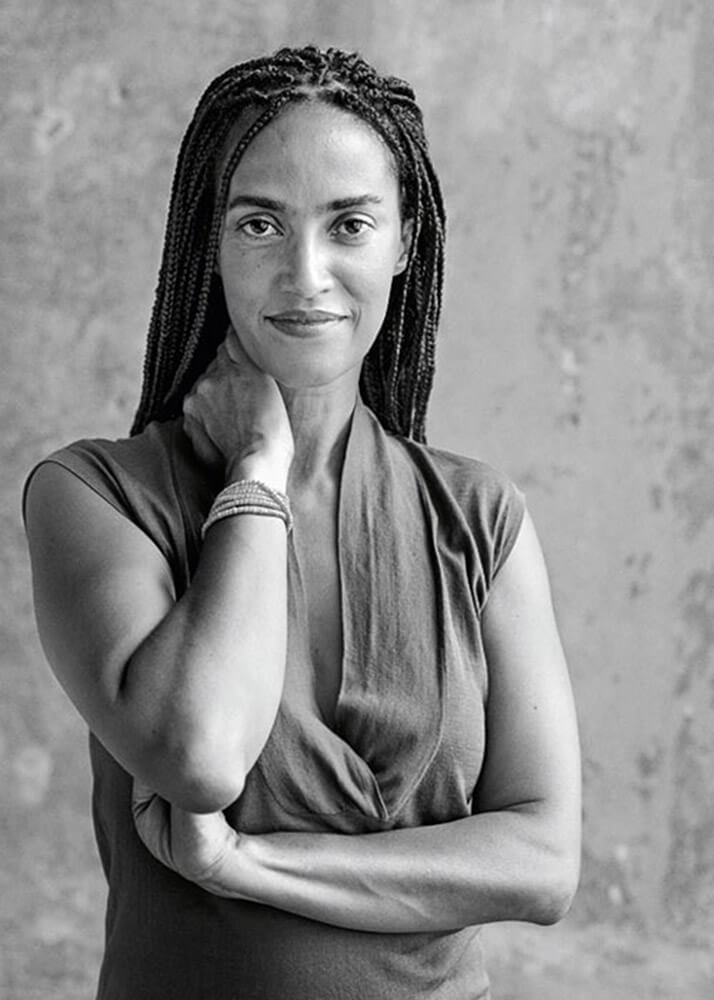 Grada Kilomba is a portuguese writer and interdisciplinary artist with origins in São Tomé ePrincipe and Angola, based in Berlin. Her work draws on memory, trauma, race,gender, and post-colonialism, and has been translated into several languages and published in international anthologies as well as staged internationally. Kilomba’s work is best known for creating a hybrid space between the academic and the artistic languages, using a variety of formats, from print publications to staged readings, performance, and video installations – producing what she calls Performing Knowledge. She is the co-editor of Mythen, Masken and Subjekte (Unrast 2005), an anthology on Critical Whiteness, and the author of Plantation Memories. Episodes of Everyday Racism (Unrast 2008). She has been lecturing at several international universities and last was a Professor for Gender Studies and Post-colonial studies, at the Humboldt University, Berlin.Currently she is an artist in residence in Berlin, where she is developing a series titled Decolonizing Knowledge, Performing Knowledge exploring alternative forms of knowledge production; and a curator at the Maxim Gorki Theater, in Berlin. Her work has been presented in renown international venues of exhibition, theater and academia, such as the Vienna Secession Museum, Brussels Bozar Museum, London Maritime Museum, Centro International de Artes José de Guimarães, Kampnagel, Oslo Literature House, Maxim Gorki Theater, Berliner Festspiel Haus, Ballhaus Naunynstrasse, Theater Münchner Kammerspiel, Mostra International de Teatro de São Paulo, International Theater Treffen Berlin, University of Stockholm, University of Amsterdam, University of London, University of Accra, Universidade do Rio de Janeiro, University of Lagos, Academy of Fine Arts in Vienna, among others.