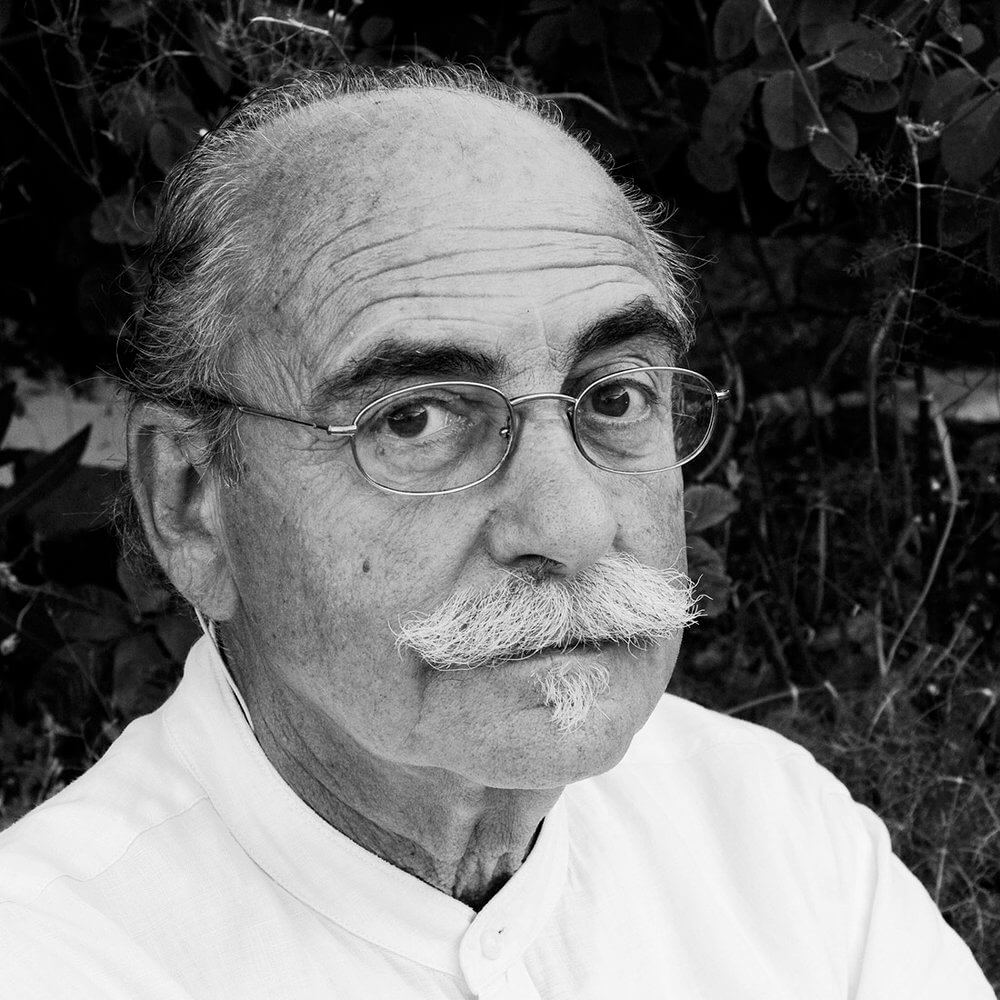 Born in 1938, in Bussi sul Tirino, Italy, Ugo La Pietra is an artist, architect, designer and researcher in the area of mass communication systems. He lives and works in Milan. He graduated in Architecture at the Milan Polytechnic in 1964, when he also embarked on his research into the visual arts and music.
He’s activity is oriented to the clarification and definition of the “individual-environment” relationship. At the beginning of this work process, La Pietra made learning tools (comprehension models) that tended to transform the traditional“work-spectator” rapport. He works inside and outside the disciplines, always declaring himself a “researcher in the visual arts”; anomalous and inconvenient artist and therefore hard to classify. His research of the 1960s has led him across diverse artistic currents – sign art, conceptual art, environment art, social art, narrative art, art cinema, new writing, extra-media, new-eclecticism, radical architecture and design – to concretise in his theories of the “De-balancing System”, an original and personal contribution to European radical design.
He produced some experimental settings at the Milan Triennale in 1968, and at the MoMA exhibition “Italy: The New Domestic Landscape” in New York in 1972. He was the curator of the audiovisual section at the Milan Triennale in 1981, of the exhibition “Cronografie” at the Venice Biennale in 1992, and of the “Natural-Virtual” section at the Triennale in Milan in 1996. In 1979 he was awarded the Golden Compasses. He directed the magazines: IN, Progettare Inpiù, Brera Flash, Fascicolo, Area, Abitare con Arte, Artigianato tra Arte e Design. He has organized different exhibitions and seminars in different areas of traditional craftsmanship since 1985 and over 900 exhibitions, both alone and in group, in Italy and abroad. In 2000 he founded the “Progettazione Artistica per l’Impresa” Department at the Brera Academy of Fine Arts, which he coordinated until 2005. He has taught in the main Italian Faculties of Architecture and Design. He has designed objects and collections for many Italian and foreign companies.

Exhibitions
Arthrise: Pre-Ecological Visions in Italian Art 1967-73
With its new exhibition Earthrise, the PAV aims to extend its investigations into the genealogy of the relationship...
06 Nov 2015 - 21 Feb 2016
PAV Torino
Turin

Exhibitions
The Street. Where the World is Made
The exhibition gathers more than 200 works by around 140 artist to pay an homage to the street, investigated not...
07 Dec 2018 - 28 Apr 2019
Rome
Art Spaces