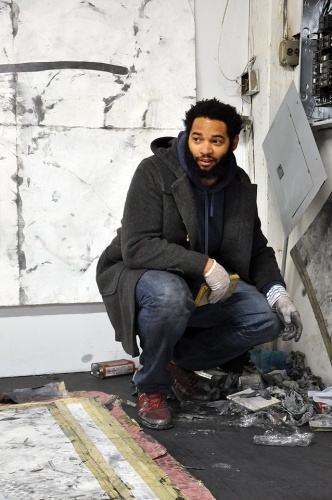 Tony Lewis’s recent drawings begin with a statement that he wrote, based on found quotations, to describe the past, present, and future of race relations in the United States. He breaks down this original, undisclosed statement, disassembling its syntax and distressing the words’ appearance on the paper. What is left are the faded remnants of the source, which become a new form of language that viewers are forced to interpret for themselves.