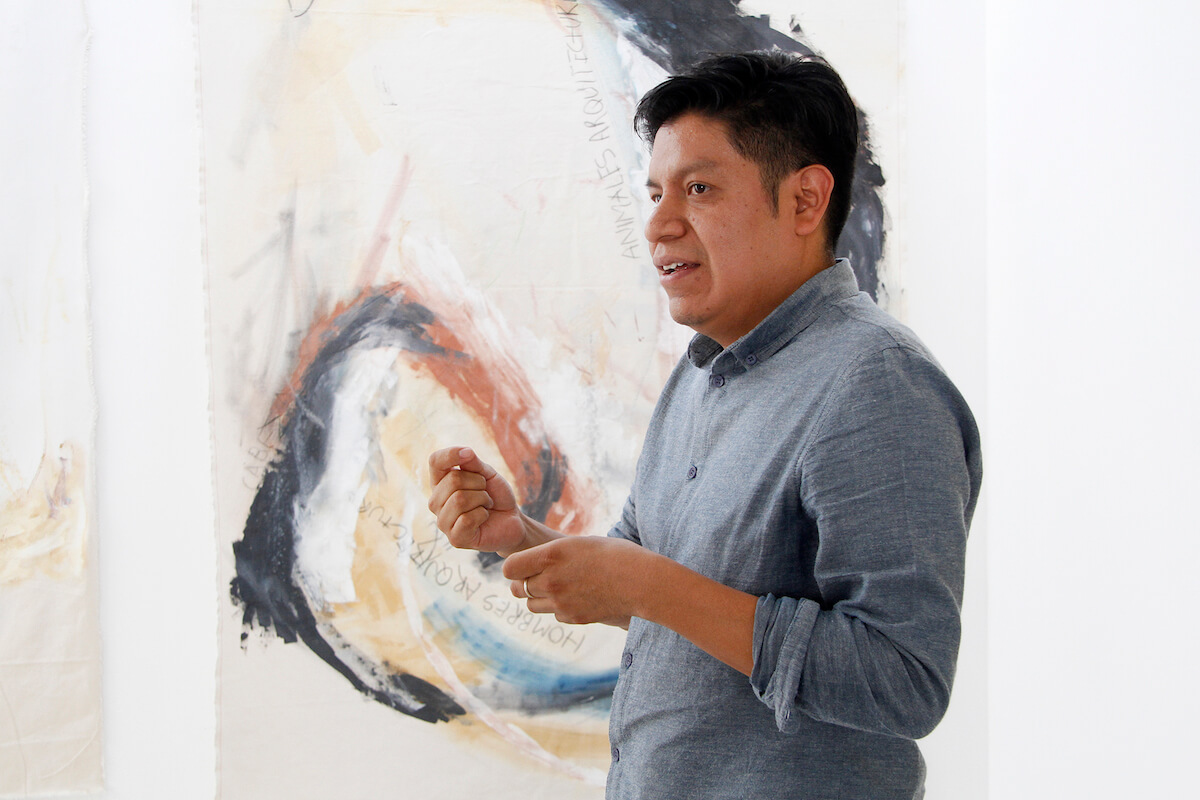 Noe Martinez‘s practice creates paths that map the consequences of political, social and historical processes. Through the use of diverse media, with a particular attention to inscription, Noé Martínez’s work is a case study that emerges from his personal history, taking a critical stance towards complex social phenomena. Themes such as language, historical viewpoints of the European invasion of the XVI century, current efforts towards ethnic restitution of indigenous communities in Mexico, as well as the political potential that resides in memory are all reflected in the artist’s work: one that continuously questions the elaboration and interpretation of a common past.

Exhibitions
Ser Sensible / Being sensitive
“Being Sensitive” is a project organized by Néstor Quiñones which consists of an exhibition...
26 Nov 2016 - 28 Feb 2017
Mexico City