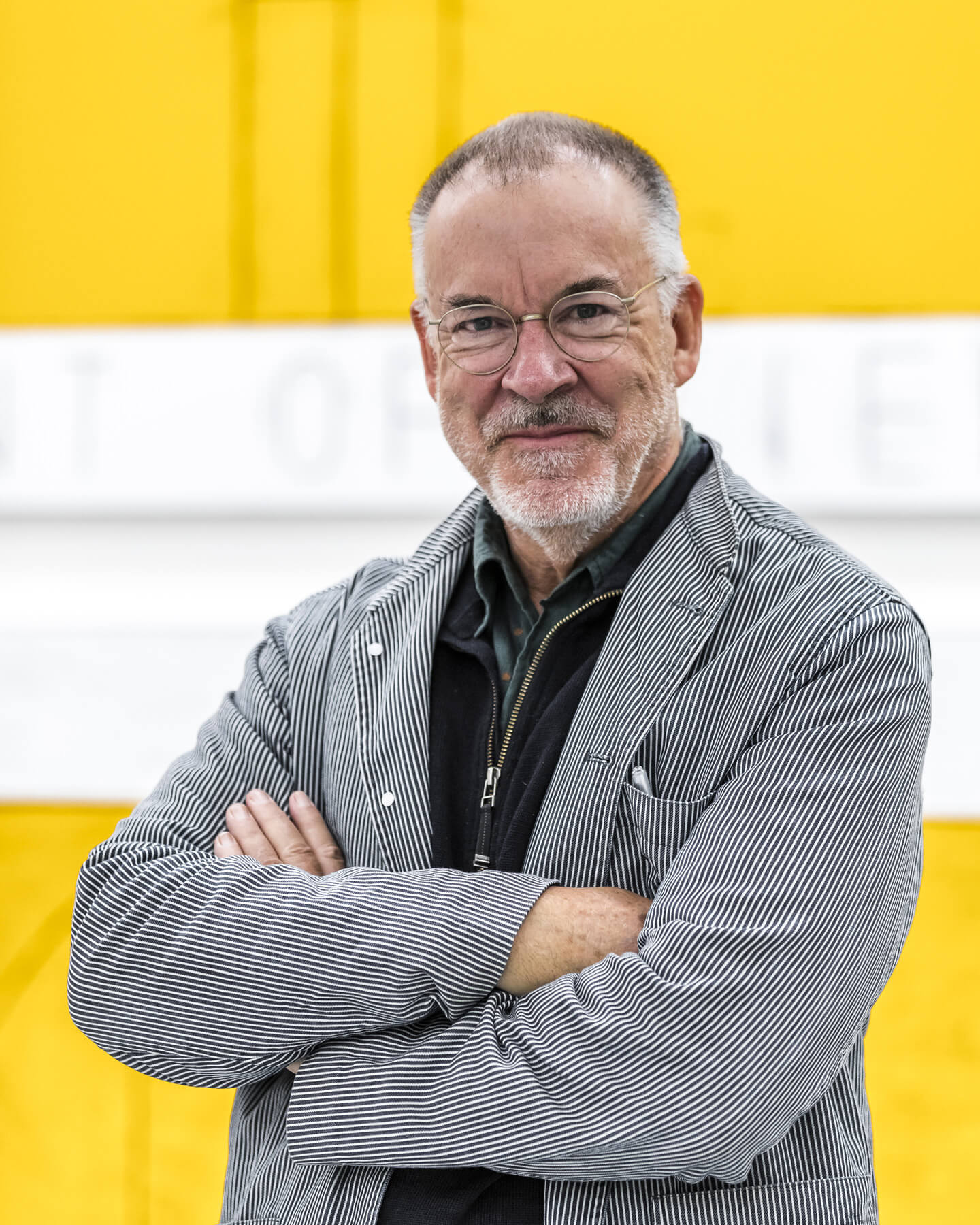 Matt Mullican was born in 1951 in Santa Monica, California and studied at California Institute for the Arts in the early 1950s. His work, discussed widely internationally, refuses general art categorizations and classifications. Since the end of the 1970s, he has been concerned intensely with performances under hypnosis. In the state of trance, Mullican has since then represented the other person about whom he is thinking in his work, and tries to trace out the relationship between artistic work and processes of projection. In so doing, at issue is not a subjective psychoanalytic process, but a typical situation in which action takes place within a context of significant symbols. In the 1980s the development of a complex sign system stood at the center of Mullican’s interest, which claimed to be an comprehensive cosmology. In engaging with the signs, pictograms, and images that surround us in everyday life, pictograms, and images expanded through products of fantasy, Mullican generates by way of repetition, contextualization, and mutual references a highly complex personal language system, with which he tries to grasp his cosmology in models. Encyclopedic, utopian, universal, cosmological are only some of the terms that obtrude in this context. Since the late 1980s, he has also used newer technologies to develop and represent this cosmology, like the computer and the Internet. In the virtual media space, in so doing city-like ordering systems emerge as models of cognitive perception, or as models of changing perspectives on various layers of perception that the artist symbolizes using color.

Exhibitions
Matt Mullican: The Sequence of Things
For over 40 years, Matt Mullican has been developing a codified language of symbols and diagrams in an...
30 Sep 2016 - 08 Jan 2017
Camden Arts Centre
London