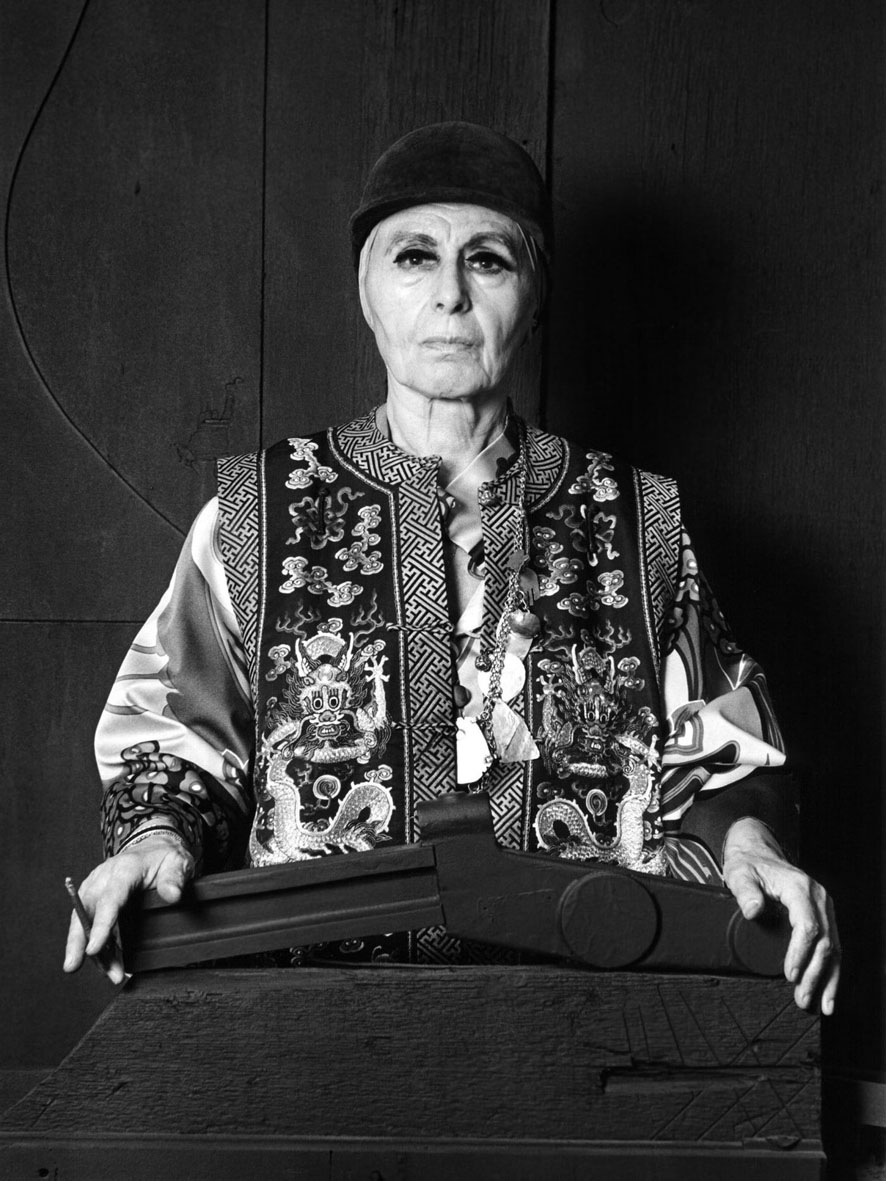 Nevelson immigrated to the United States with her family in 1905, settling in Maine. After moving to New York in 1920, Nevelson studied at the Art Students League. In the 1930s, she worked as Diego Rivera’s assistant, and she later taught art with the Works Progress Administration. Nevelson had her first solo exhibition with Nierendorf Gallery in New York in 1941. In the early 1950s she traveled to Guatemala and Mexico to visit pre-Columbian artworks—following these trips, she began creating her first wood sculptures.

Over the course of the next four decades, Nevelson would become one of the most pioneering modern artists in the US. She is famed for her large-scale monochromatic wooden sculptures that often feature multifarious, abstracted elements situated in frame-like compartments. Deeply engaged with the legacies of Cubism and Constructivism, Nevelson’s artworks incorporate unexpected combinations of materials and forms. She produced her assemblages, collages, and jewelry pieces in connection with her sculptures, and all the artist’s works reflect her tireless experimentation with materiality, shape, and space.

Nevelson’s legacy looms large throughout the Nevelson Foundation as well as the museums and outdoor public spaces of major American cities, especially New York. A group of her large-scale steel sculptures are on permanent display in Louise Nevelson Plaza in the city’s Financial District, cultivating an immersive outdoor environment that engages with the surrounding benches, trees, and pavers. Nine wall-mounted sculptures by the artist are situated in Nevelson’s Chapel of the Good Shepherd in Saint Peter’s Church in Midtown Manhattan, where she also designed the sanctuary lamp and vestments to devise a total indoor environment that she termed an “oasis.”

Exhibitions
Louise Nevelson: Out of Order
Gió Marconi presents "Out of Order": a major exhibition dedicated to the collages of Louise Nevelson and the new publication, published by Fondazione Marconi / Mousse Publishing, on the work of the American sculptor.
25 Mar 2022 - 29 Jul 2022
Giò Marconi
Milan
Art Spaces