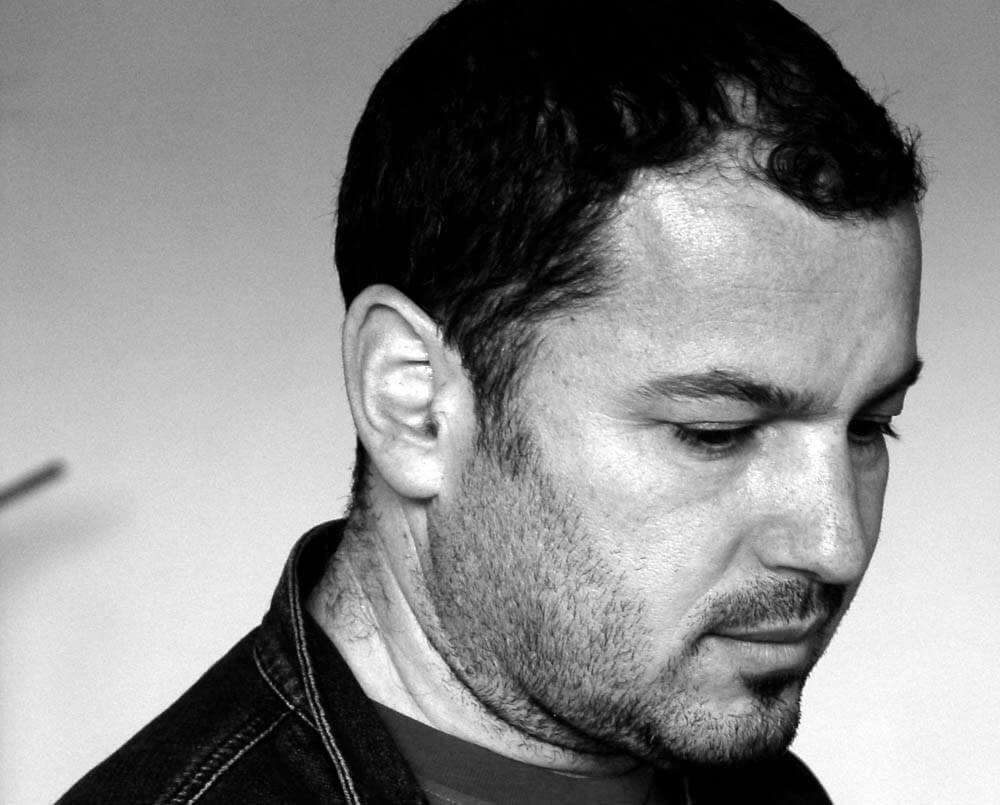 Adrian Paci was born in Shkodër, Albania, in 1969. From 1987 to 1991 he attended the Akademia e Arteve in Tirana, Albania. He lectured in art history and aesthetics in Shkodër from 1995 until 1997, at which time he left his home country for Milan, escaping the violence of the armed uprising that roiled Albania that year. Paci’s position as an exile holds a central place in his oeuvre. His work frequently addresses themes of geographical separation, nostalgia, and memory, and conveys a keen sense of the mutability of life and art.
Paci is known primarily for his work in performance and video, although he explores similar subjects in painting, photography, and sculpture. Characterized by a fluid interplay between performance and body art, his videos frequently focus on quotidian existence and feature members of his own family. In the video piece Apparizione (2001), for example, Paci’s daughter sings an Albanian song on one screen, while her relatives in Albania complete the unfinished verses on another. Though physically separated in life and in art, the family becomes unified through tradition and a shared language. In several of his videos, Paci uses his body to create poignant statements about loss—whether by crawling across the floor with a roof tied to his back (Home to Go, 2001), or by staging his own funeral with the help of a professional mourner (In Vajtojca, 2002). While his work centers on his own identity and personal history, it nevertheless actively engages its audience, challenging viewers’ limited perceptions of reality.
In 1999 Paci was among the first Albanian artists to represent their country at the Venice Biennale. In 2004 he was a resident artist at Apexart in New York. His first major solo exhibition took place the following year at MoMA PS1 in New York. That same year, he had a solo exhibition at the Moderna Museet in Stockholm and his work was featured again at the Venice Biennale. In 2009 his work appeared in the group exhibition The Storytellers at the Museum Folkwang in Essen, Germany. Since 2003 he has been a lecturer in visual arts at the Accademia Carrara di Belle Arti in Bergamo and the Università IUAV in Venice. Paci currently resides and works in Milan.