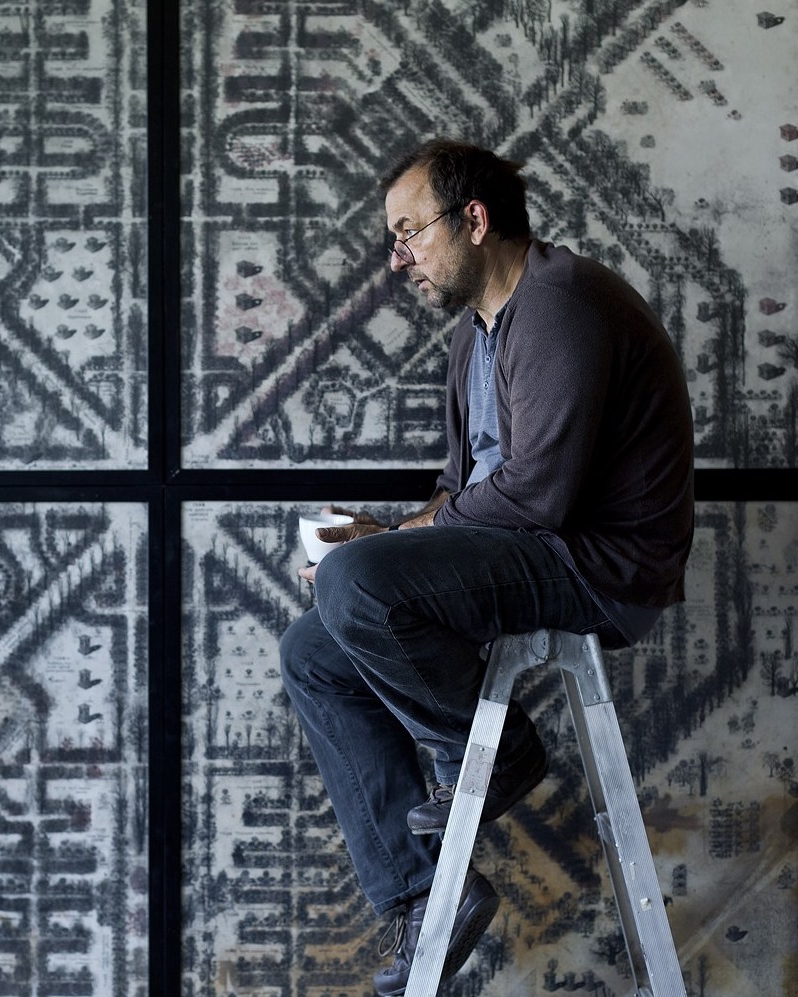 Pavlo Makov born on August 28, 1958 in Leningrad in a family of doctors. When Makov was five years old, his parents moved to Ukraine, where he lived for some time in Rivne, Kyiv and Simferopol. He studied at an art school for three years.

In 1988, the Sumy State Art Museum acquired three works by Makov. In the same year, Makov became a member of the Union of Artists of Ukraine and the following year won the Grand Prix at the All-Union Biennial of Easel Graphics in Kaliningrad.

In 1991, four works by Makov were purchased by the Tretyakov Gallery. Since 1994, Makov has been a member of the Royal Society of Painters and Graphic Artists of Great Britain, where he taught at the Royal College of Art in the early 1990s. Since 2007 – Corresponding Member of the Academy of Arts of Ukraine.