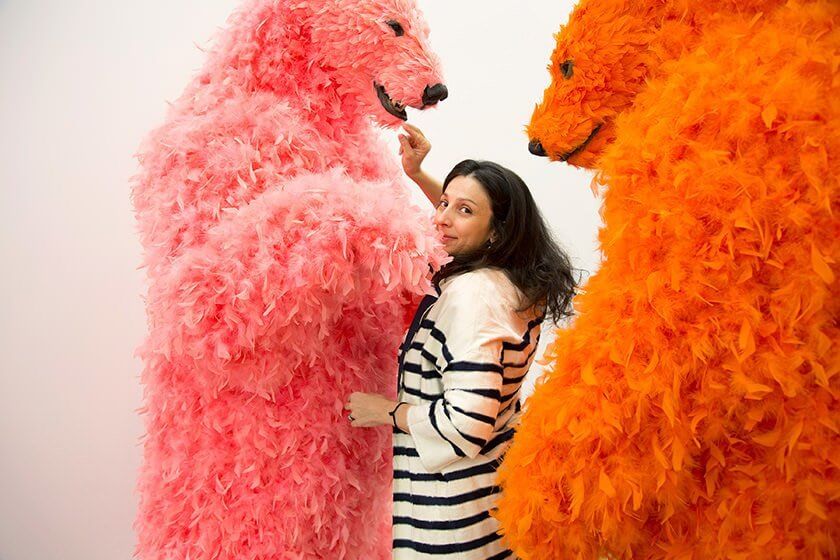 Initially showing an interest in the sciences, Pivi set out on her career as a student at Milan’s Faculty of Engineering, but she soon left university to enrol at the Accademia di Belle Arti di Brera. Winning the Golden Lion at the Venice Biennale in 1999, Pivi entered her work in the Biennale for the second time in 2003, in Manifesta in 2004 and 2014, and at the Berlin Biennale in 2008. She has shown her work at leading museums and galleries, including the P.S.1 MoMA in New York, the MACRO in Rome, the Kunsthalle Basel in Basel, the Portikus and the Schirn Kunsthalle in Framkfurt, Palazzo Grassi in Venice, the Tate Modern in London and the Public Art Fund in New York (for which she produced an installation in which a Piper Seneca plane rotated on its own axis, suspended by its wings). Her work may be admired in a number of prestigious permanent collections, including the Guggenheim Museum in New York, the Centre Pompidou in Paris, the Fondazione Sandretto Re Rebaudengo and the Castello di Rivoli in Turin, and the MAXXI – Museo Nazionale delle Arti del XXI Secolo in Rome.