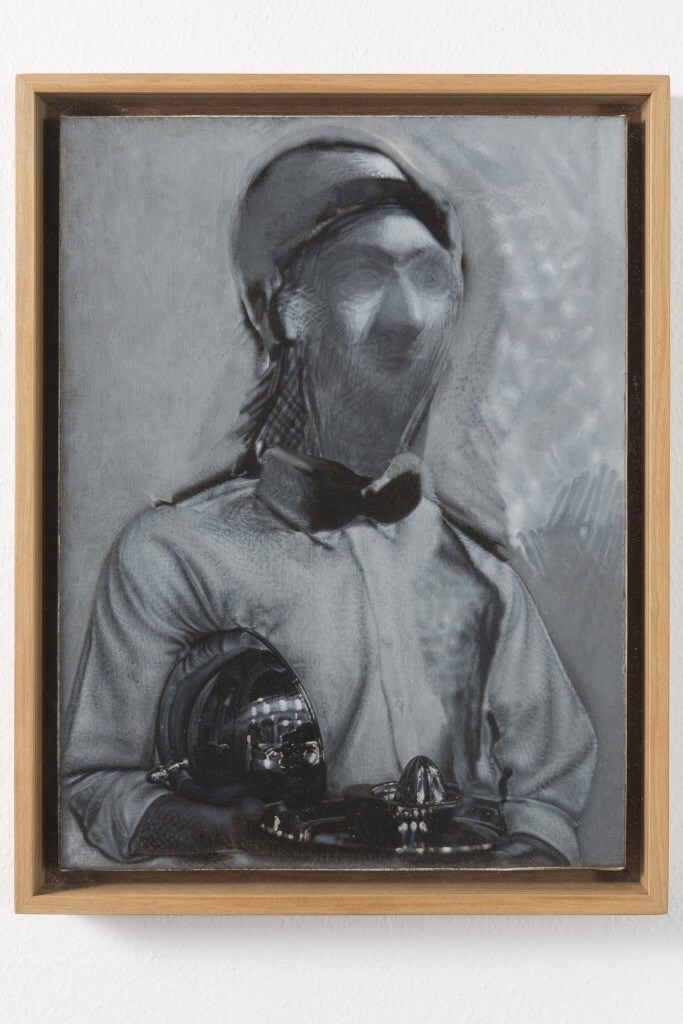 Pietro Roccasalva thinks of himself primarily as a painter, although he often uses other media such as installation, sculpture, performance, film and photography. In his work painting is indeed the constant center of an ever-expanding constellation of different elements. These elements can be seen as stages that are formally autonomous, but are also part of a greater situation or process: in the context of the development of the Western painting tradition, it corresponds to the setting, the first phase of a process that leads to the creation of a painting. An internal logic in his oeuvre makes the switching of different media inevitable, and makes it also possible for certain themes and images to be recycled: a work bears often traces of something that has preceded it, in a constant referring to iconographies which repeat themselves in various ways and generate new situations. Roccasalva’s work embodies multiple references – ranging from art history to philosophy, from literature to cinema – in relation to the circumstances and contingencies that he encounters in each new context.
Pietro Roccasalva had already solo shows at Kölnischer Kunstverein (DE), Le Magasin in Grenoble (FR), GaMeC in Bergamo (IT) and Fondazione Querini Stampalia in Venice (IT). His work was part of group exhibitions at David Roberts Art Foundation in London (GB), Centre for Contemporary Art in Warsaw, Bonniers Konsthall in Stockholm (SE), Museum of Contemporary Art in Chicago (USA), MoMA PS1 in New York (USA), MAXXI in Rome (IT), Kadist Art Foundation in Paris (FR), S.M.A.K. – Stedelijk Museum voor Actuele Kunst, Gent (BE), amongst many others. He was invited for the Venice Biennial in 2009, the second Torino Triënnial in 2008, Manifesta 7 in 2008 and the Prague Biennial in 2007